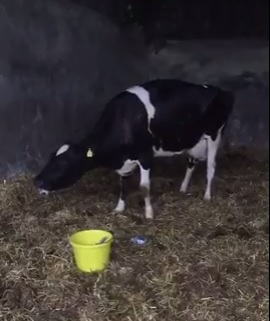 The rain and humid conditions that have gripped the country in the last couple of days have been good for rapid grass growth but with this comes the risk of Grass Tetany.

Grass Tetany is caused by a magnesium deficiency which can occur in rapidly growing, lush, low fibre pasture, especially where heavy nitrogen has been applied according to Vet Frank O’Sullivan.

O’Sullivan said that symptoms alerting him about Grass Tetany included frothing at the mouth, staggering, severe tremors, and visual distress when he was called out to a sick animal on a farm recently.

When the animal reaches this stage of sickness, which can be seen in the video below, there is a very good chance of rapid death, unless treatment is immediate, O’Sullivan said.

Safety for both animal and human should take priority first. If the animal is unsteady on their feet, wait for them to sit down in the straw bedded area.

If the animal is relatively steady and walking around, the crush might be the best option as they can’t move during treatment

The cow in the video below was treated when she sat down for fear of her slipping.

O’Sullivan quickly ran through the treatment process saying that Magnesium sulphate was administered under the skin intravenously slowly, while care was taken to monitor heartbeat also.

Many cows can die from this condition countrywide according to O’Sullivan and there are many preventative measures that can be taken:

This video shows a cow having severe tremors and frothing at the mouth as she suffers with Grass Tetany.

Pictures and video compliments of Frank O’Sullivan, who practises with Patrick Farrelly and Partners in Co. Meath. 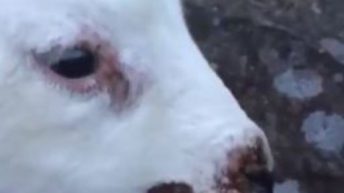 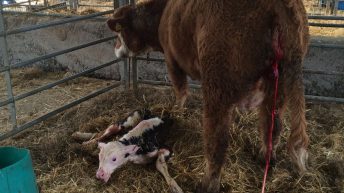 Agriland Vet: Video on dealing with a calf coming backwards