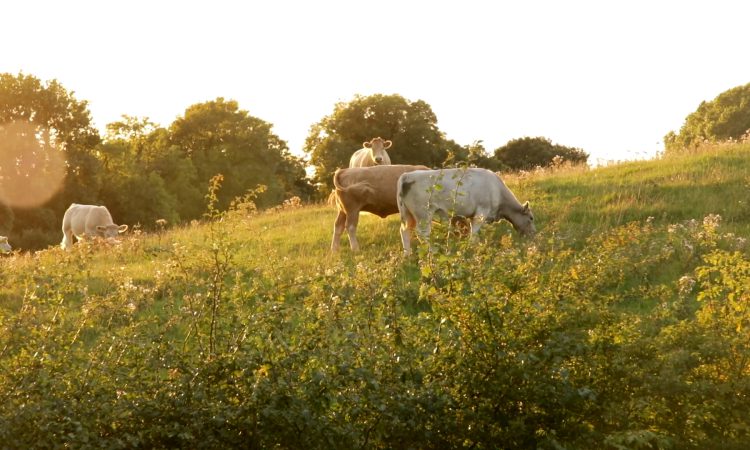 Research results of relevance to producers will be displayed and discussed at the AgriSearch stand at the Royal Ulster Winter Fair at the Eikon Complex, Balmoral Park on Thursday, December 9.

The theme of this year’s joint AgriSearch and Agri-Food and Biosciences Institute (AFBI) stand is “Research and Innovation to support you on your journey to lower carbon farming”.

Advertisement
This will be broken down into six themes. The first will look at benchmarking and reducing the use of antimicrobials. This will demonstrate the use of the STAMP antimicrobial benchmarking application which was launched earlier this year. There will also a be a preview of the new STAMP calf defender app. The second will look at improving feed efficiency and in particular, the results of the recently concluded “feed-to-yield” study. The third theme is “Opportunities of multi-species swards” which will draw on experiences of the EcoSward project (part of the wider SUPER-G EU project) and the Mutli-Species Swards for Beef and Sheep European Innovation Partnership (EIP) project. The fourth theme to be highlighted is ongoing work into methane mitigation at AFBI and Queen’s University. The fifth area will highlight the ongoing work of the ARCZero EIP project which has been conducting pioneering work on carbon sequestration. The final area will feature the Food Futures Smart Sustainability Tool which has been developed to capture, credit and drive positive behavioural change to enhance the sustainability of Northern Ireland agri-food production.

Food Futures is co-funded by InvestNI through the Agri-Food Quest Competence Centre and is a whole supply chain partnership between farmers, processors, industry bodies, government, AFBI and Queen’s University. The AgriSearch team and AFBI scientists will be welcoming visitors onto the stand throughout the day. The Royal Ulster Winter Fair will be streamed online this year, direct from the action taking place at Balmoral Park on December 9. For the first time ever, the competition in the show ring will be filmed and streamed, via the Royal Ulster Winter Fair website, YouTube channel and Facebook page. The crowning of the Supreme Interbreed Champion as well as sought-after breed champion titles will also be shown.