Home » Machinery » An MF 165 with a difference: Anyone missing a wheel?

An MF 165 with a difference: Anyone missing a wheel? 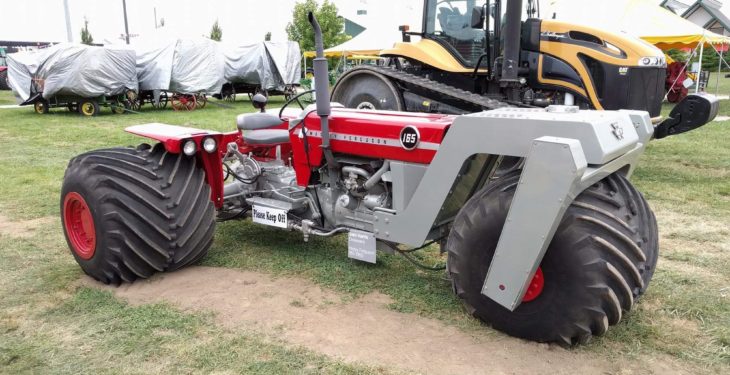 This intriguing picture – depicting a three-wheel ‘trike‘ Massey Ferguson 165 conversion – was snapped at a recent show at the Indiana State Fairgrounds & Event Centre in the US.

Posted on Facebook, some respondents asked if it was Batman’s tractor! With its chunky tyres and low-slung, squat appearance, it does vaguely resemble the ‘Batpod’ motorbike from ‘The Dark Knight’ trilogy.

In any case, so-called ‘trike‘ conversions are reasonably popular in countries such as Holland. The idea is that each wheel runs on a fresh path, thus minimising compaction and rutting.

We have previously profiled such machines on AgriLand. The most recent was the new AT4103 trike from Ploeger.

Designed primarily as an application equipment ‘platform’, the company says that – with a suitable machine on board – it is ideal for “spreading liquid fertilizer, dry fertilizer, digestate, compost, mineral fertiliser and lime”.

Also Read: A tractor with a difference: Check out this three-wheeled ‘trike’

With its Claas-sourced cab and long wheelbase, it certainly promises operator comfort. Its tight-turning (driven) front wheel enables it to swing about – in a radius not much bigger than the machine’s overall length.

He imported the machine directly from Vervaet – the manufacturer – in Holland. It appealed to him, because the three wide (1,050mm) wheels spread the weight evenly; each of the three big tyres runs on a different track.

The single, front wheel can steer 170°, which allows a surprisingly tight turning circle.

The latest incarnation of Vervaet’s Hydro-Trike, with its new-generation Claas cab, will be on display at the forthcoming Agritechnica 2017 show in Germany.

Over 2,900 exhibitors are expected to attend this event. It is scheduled to take place in Hanover from November 12 to November 18 and is said to be the world’s largest trade fair for agricultural machinery and equipment. 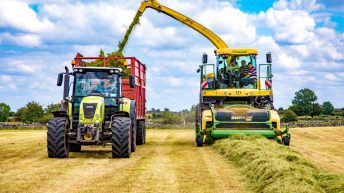 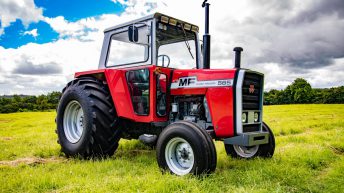