Some 74% of UK consumers say that meat coming from animals which are looked after well is among the top issues that make a food company ethical, new research from Mintel shows.

The research found that when it comes to ethical claims made by food and drink companies, concerns over animal welfare top the list, ahead of environmental concerns and concerns over tax avoidance.

Some 60% of consumers responded to the Mintel survey that a company that guarantees the ingredients used in its products are responsibly sourced is an issue making the company ethical.

A further 57% responded that a company that guarantees good worker welfare makes a food company ethical.

While there is an expectation amongst a majority of consumers that food companies should act ethically, with almost three quarters (72%) agreeing they expect food products to meet adequate ethical standards without having to pay more for them, Mintel says that it seems consumers aren’t afraid to boycott brands that do not act ethically.

Some 52% of consumers say they would stop buying products from a company if they found out it was acting unethically.

Richard Ford, Senior Food Analyst at Mintel, said that the fact that animal welfare ranks as the top ethical concern adds credence to the suggestion that the UK is a nation of animal lovers.

“Ethics is becoming ever more ingrained into food and drink operators’ sourcing policies but it is a complex area which is important to get right.

“That so many consumers would stop buying from a company acting unethically highlights that operators must ensure their operating standards are not just legally, but also ethically robust, or risk boycotts and reputational damage.

“Social media means that any accusation of unethical practice can spread fast,” he said.

One in four consumers agree that where they shop for groceries depends on the range of ethical food products available, over two in five (45%) say that buying ethical groceries makes them feel good about themselves.

However, the research found that there are some limitations for consumers when it comes to purchasing ethical food products.

Half responded that they would only pay more for ethical products if they understood clearly where the extra money went and 52% say they find information about which foods are ethical confusing.

“Not only do consumers expect good ethical practices from operators, they also expect to be informed and reassured over why they’re paying extra and where the money is going.

“Cost remains a key barrier for many buying into ethical food and drink products,” Ford said.

Some 17% of consumers said that meat grown from animal cells in a production facility, sometimes known as lab-meat or in-vitro meat, is a good solution to help feed the world.

Another 16% said that the same of meat or dairy foods sourced from cloned animals and the same proportion (16%) said the same of food grown using processed human waste as fertiliser. 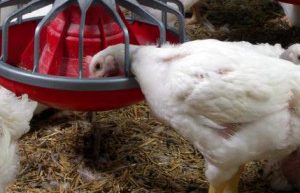