Arla turnover increases by 1% during first six months of 2021 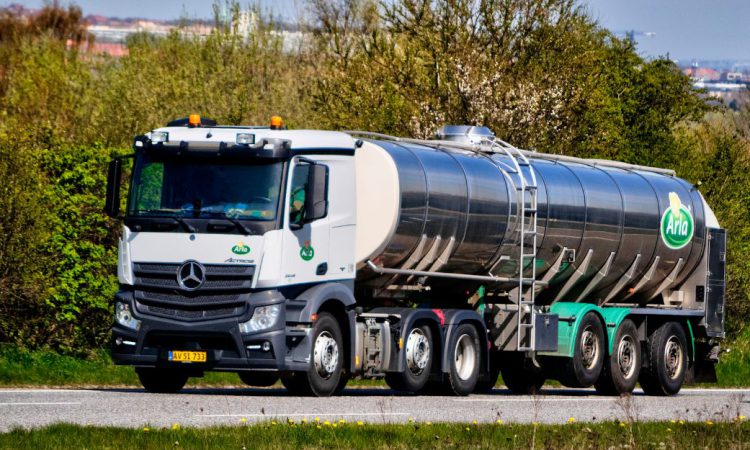 These figures were at the top end of the international co-operative’s expectations. They were driven by strong retail sales.

This, in turn, allowed Arla to pay out a competitive pre-paid milk price to farmer owners.

“Many parts of the world are still fighting the pandemic in a very meaningful way.

“That said, there are signs that the international catering sector is returning to normal. More people are eating out and this will boost sales of dairy products.”

Challenge of inflation for Arla

Looking ahead, the Arla chief said that inflation will be a major challenge for the business.

The inflationary environment created by Covid-19 is expected to challenge the co-operative and its farmer owners with increasing production costs due to higher prices on fuel, energy, packaging and feed.”

“Our farmers are already delivering in this regard,” Tuborgh said.

“The amount of carbon required to produce one litre of milk at farm level has already been reduced significantly. And this figure is likely to drop further during the period ahead.”

Significantly, Arla has plans in place to purchase ‘green energy’ from its farmer-suppliers as part of its future sustainability plans.

Arla has also confirmed its performance price for the past six months. This reflects the value the co-op creates per kg of owner milk supplied.

On average, feed prices paid by Arla farmers have increased by 13% per cow during the first half of 2021.

According to Arla, global consumer demand for dairy has remained strong over the first half of 2021.

“People continue to value the taste, nutritional quality and variety that dairy brings to their diets,” Tuborgh continued.

Our strong positions across the retail sector and commitment to innovation, together with the resilience of our operations and farmer owners, has meant that we have delivered a solid result for first half of 2021.”

The co-op’s European segment continued to deliver solid results with revenue of €3.2 million compared to €3.18 million in the same period last year, with contributions from all markets.

Branded volumes grew steadily by 2.5% despite the small decline in food service in the first quarter of 2021.

Arla’s international segment delivered branded growth of 12.2% across all regions and main brands. Due to impacts of a declining US dollar and higher production and service costs, total revenue grew by 1.3% to €1.04 million.

In early June of this year, AFI signed a contract with the Northern Ireland dairy company Dale Farm, to supply high quality whey and secure raw material to expand its value-added business.

Arla’s global industry sales continued to build on its good customer relationships. Due to the increased sales through Arla’s retail channels, the overall share of milk solids fell from 23.6% last year to 23.1% in 2021.

Despite this, revenue increased slightly to €818 million compared to €815 million for the same time last year, as a result of global market price increases.