The National Beef Association (NBA) Midlands branch has announced it will host its next farm walk at a 300-strong Charolais herd bred for calving ease in Thame.

College Farm, Thame is home to the renowned, Dorcas Charolais herd and an exceptional example of a pedigree herd run on a profitable commercial basis.

The Morris family - John, Rosemary, their son George and his wife Claire - farm the 500ac farm set in the rolling hills of Aylesbury Vale in Buckinghamshire.

The family founded their herd in 1992 from several dispersal sales and since then have been selectively breeding to produce an exceptional herd of milky, docile, easy calving Charolais cattle.

The family have a maternal focus, aiming to produce efficient, productive cattle that can calve unassisted from two years of age with good longevity.

Over the years, they have brought in influences from far and wide. John attends the Charolais Congress annually viewing exceptional herds across the globe and has brought back excellent bloodlines from Sweden, Canada and Australia to compliment and progress their herd.

The herd has been performance-recorded since 2009 and through their strict replacement and culling policy has seen their calving ease improve greatly, far beyond the breed average. 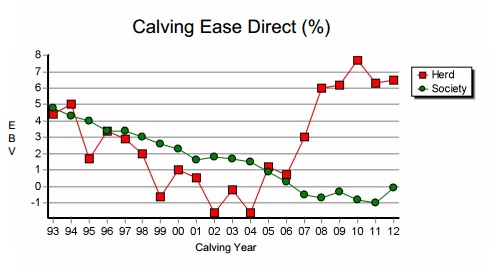 Each year, George artificially inseminates the top performing cattle himself, with the remainder bred with their stock bulls.

Most of the herd calves in the spring, with all calves weighed at birth (average birth weight 50kg). The family aim to avoid "big soft calves that take a few days to suckle" by only breeding from heifer calves that are born and suckle unassisted.

The top 10% of bull calves are selected for breeding and sold at auction or privately, and 30-40 heifer replacements are retained.

All remaining progeny is finished commercially and sold deadweight through Thame Farmers' Mart.

Finished bulls achieve carcass weights of 420kg, grading 10% E and 90% U, killing out at 60%, under 16 months of age. Heifers are finished semi-intensively at 24 months of age.

The farm tour will begin at 5:00pm on Wednesday, September 19, with a farm overview presented by the Morris family, followed by a talk from Thame Farmers' Market on dead weight marketing of cattle.

The evening will finish with a BBQ sponsored by StowAg and Thame Farmers' Mart.

Using fake grass to boost utilisation of the real stuff in Co. Tyrone