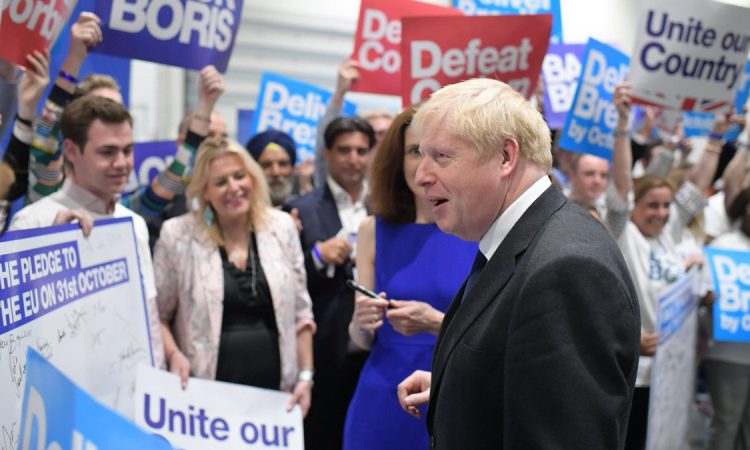 Figures from across agriculture called on the new Prime Minister to focus on stability and to avoid playing ‘populist politics’ as he sets out his Brexit plan.

National Farmers’ Union president Minette Batters congratulated the incoming Prime Minister. She said: “We have an opportunity to develop a new agricultural policy that works for Britain and create a sustainable, vibrant and competitive future for farming.”

Batters said she would write to the incoming Prime Minister, the union highlighting additional policy priorities for the new Government to ensure farmers’ needs are not forgotten.

She said: “British farming is one of the nation’s most important assets, delivering safe, traceable and affordable food to millions, all while taking care of the beautiful countryside we have such great pride in.

“A deal with the EU is crucial to maintaining free trade with our closest neighbours and largest trading partners, as well as access to people that want to come to the UK to work on farms.

“Mr. Johnson has an opportunity to develop a new agricultural policy that works for Britain by creating a sustainable, vibrant and competitive future for our farming sector.

We need to see policies that allow farm businesses to innovate, that help farmers rise to the challenge of tackling climate change, that enable farms access to the workers that pick, pack and grade our fruit, veg and flowers, and crucially, an Agriculture Bill that is fit for purpose for the rising challenges of food production.

The Farmers’ Union of Wales stressed warnings about the disastrous consequences of a No-deal Brexit.

FUW president Glyn Roberts said he would write to the new Prime Minister, congratulating him on his appointment and would seek a meeting in the near future to discuss the Union’s concerns.

“We are absolutely clear, no responsible UK Government would allow the UK to leave the EU without a deal,” Roberts said.

“We have been relentless in highlighting the grave economic impacts for agriculture, rural communities and other industries of a hard Brexit.

The latest analysis by Hybu Cig Cymru suggesting 92.5% of our lamb export trade could disappear if we go over the Brexit cliff on October 31 highlights our concerns.

Meanwhile, the NSA said it called on the new Prime Minister to focus on stability and to avoid playing ‘populist politics’ as he sets out his Brexit plan.

NSA chief executive Phil Stocker said: “This is not a time for playing politics or making rash promises in an attempt to demonstrate perceived leadership strength.

“Britain needs stability and a framework that avoids business disruption, with serious consideration of sectors like the sheep industry that we know are particularly vulnerable.

The picture is bleak for British sheep farming if Mr. Johnson refuses to avoid a hard or disorderly departure from the EU – something we know would result in major trade disruption with inadequate time to put in place alternative options.

NSA has been calling for a proper contingency plan to be put in place for some time, but is picking up its urgency in light of Mr. Johnson’s apparent willingness for a No-deal Brexit.

Stocker added: “Leaving without a deal and ending up with a WTO Brexit will cripple our trade.

“We currently export some 35% of our sheepmeat, with around 96% of that going to EU markets.

To suddenly add a tariff of 40-50% of value will make trade to the EU unworkable without severe price collapses that the industry cannot carry.

Promises of a rescue package once things have gone wrong are the wrong approach – what is needed is a strategic package of measures to avoid collapse in the first place.

Tim Breitmeyer, president of the Country Land and Business Association (CLA), said: “The campaign is over and now the serious work of Government must begin. The rhetoric of No-Deal must not be allowed to become the political default option.

The EU realise that the political dynamic has changed in the UK and that a return to the negotiation table is the best way to ensure a smooth and orderly transition.

“In the longterm, it will be possible for rural businesses to adapt to the changing political landscape, just as they always have done.

“But for the immediate future, the uncertainty is deeply concerning and brings in to sharp focus the need for a long term funding settlement to replace the Common Agricultural Policy. This would provide much-needed reassurance for farmers in uncertain times.

The UK has a growing global reputation for its food production. In any future trade discussions, our high standards must not be up for negotiation – quite the opposite.

“They are our biggest selling point, and the Government must fly the flag for British produce loudly and proudly.” 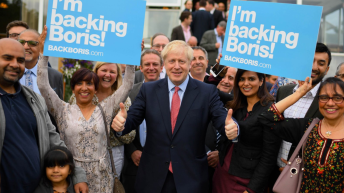