A large number of cattle escaped from the lorry they were travelling in when the vehicle overturned on a busy highway in the US early this morning (Monday, October 1).

Seven animals were killed when the cattle truck crashed at approximately 3:30am this morning, according to local television station WSB-TV.

The majority of the lorry load, believed to number 89 young cattle, burst out of the trailer, escaping out onto the highway and causing havoc for other road-users.

The incident occurred on the Interstate 285 eastbound ramp in Cobb County, Georgia, not farm from Atlanta.

Initial police reports apparently estimated that up to 70 cattle could be on the loose, though this number has since been lowered to around 50.

At least one driver was injured in the original crash, with other collisions since coming to light due to the loose animals.

Getting ready to transfer some cows still on overturned cattle truck at 285/75 in Cobb Co. pic.twitter.com/lnfWzJJRW2 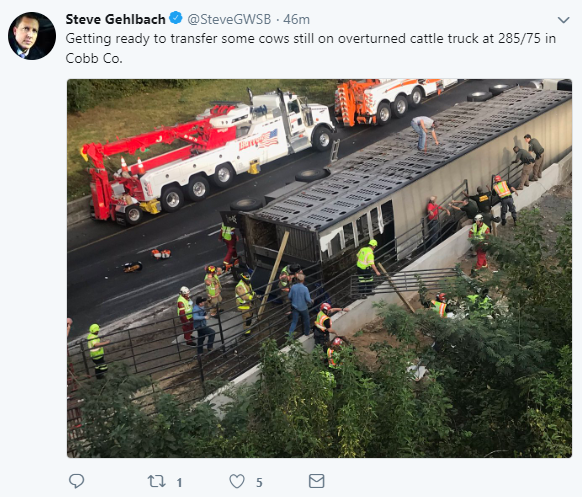 UPDATE: Up to 70 cows may still be on the loose after tractor-trailer crash on I-285 in Cobb, police say. https://t.co/U6dbIz212V pic.twitter.com/SiWmMvdyjq 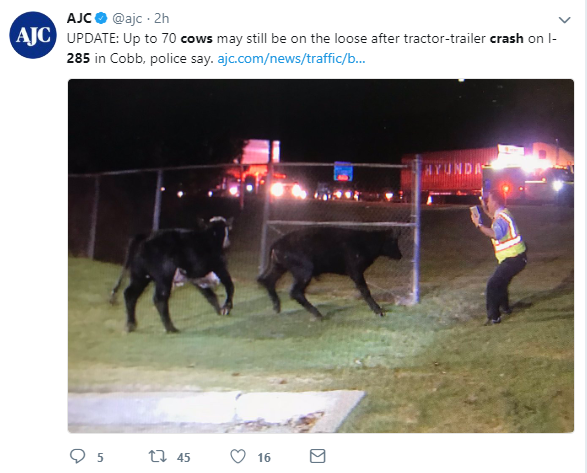 Crews are still working to get this crashed cleared and get the cattle removed safely. Right here on the 75 North ramp to I-285 EB pic.twitter.com/MNsRFxTv4a

The crash is understood to have caused traffic tailbacks in the area for hours.

Police and emergency services spent a number of hours attempting to round up the cattle and clear the debris. 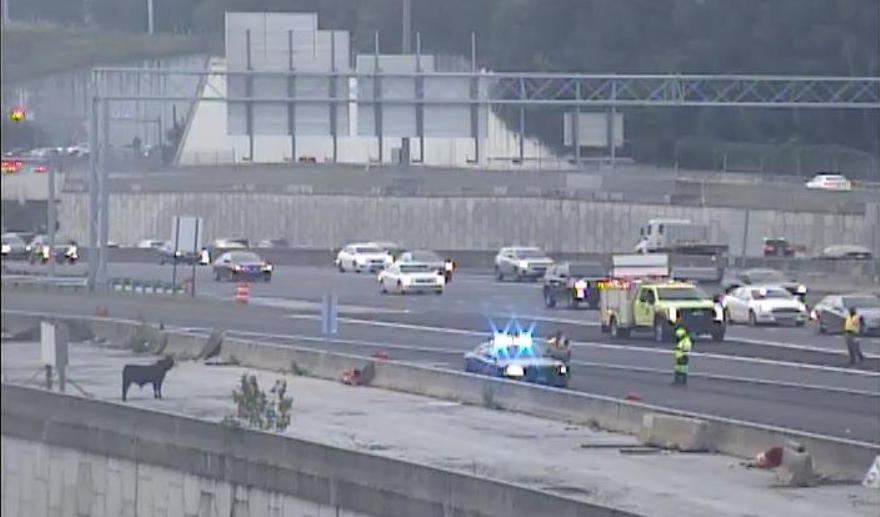