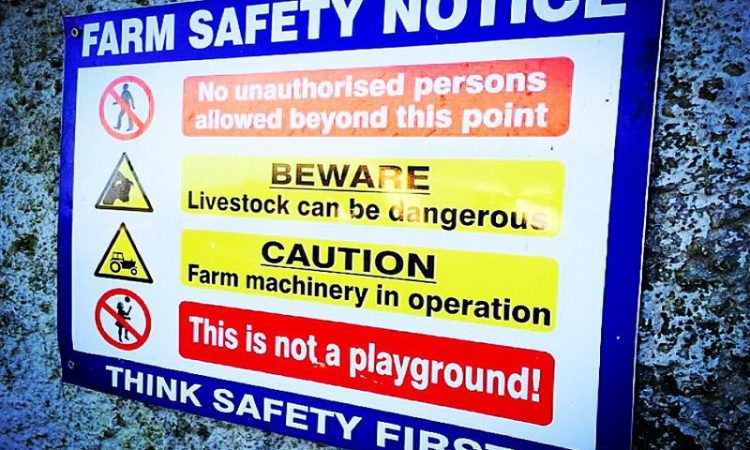 A Castlewellan farmer has been fined £25,000 after a labourer aged in his 20s died on his farm during a construction accident.

Toirdealbhach Larkin, known to friends as Turlough, is understood to have been helping shutter a wall when the incident happened.

The case was brought forward by the Health and Safety Executive Northern Ireland (HSENI), which investigated the fatal incident.

William James Doyle, a farmer from Ballyward, Castlewellan, Co. Down, pleaded guilty for breaches of Health and Safety legislation at an earlier hearing.

‘A responsibility to ensure staff safety’

Speaking after sentencing, HSENI inspector Anne Cassidy said: “If farmers employ staff they have a responsibility to ensure their safety, whether full-time or casual staff.

In this case, the absence of proper supervision and inappropriate access to dangerous equipment resulted in the tragic incident.”

Larkin had been working as a casual labourer on the farm owned by Doyle since February 2018.

The accident happened in May 2018, while he was helping with the construction of a new farm shed.

The building was being built with steel shuttering panels being used to support the concrete walls while they set.

Early on the morning of May 4, 2018, Larkin had been working alone at the farmyard.

He was discovered trapped between a steel shuttering panel and an adjacent steel fence by another worker who arrived at the farm later. Unfortunately, Larkin passed away at the scene.