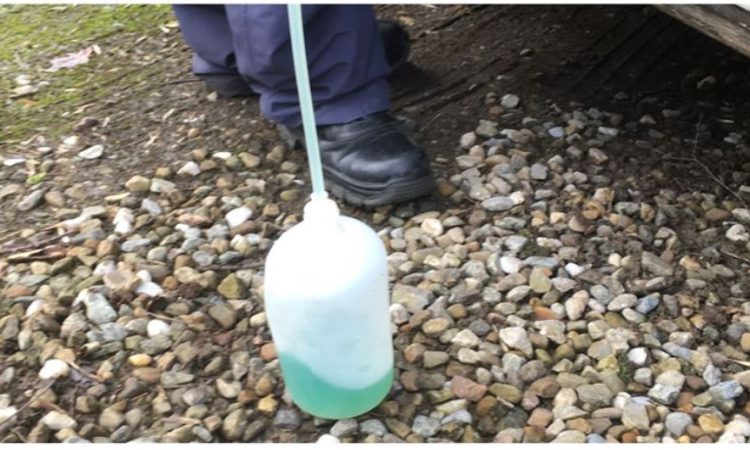 A car stopped at a recent checkpoint was found to be running on a mix of kerosene and green agricultural diesel – landing the driver in hot water with the law earlier this week.

The car was one of four vehicles found to be travelling on marked mineral oil (agricultural diesel) by members of the Police Service of Northern Ireland (PSNI) based in Armagh in a multi-agency checkpoint yesterday, Thursday, January 30.

Taking to social media, PSNI officers in Armagh gave an account of their checkpoint results, stating:

Officers from South Area Burglary Team worked with HMRC (HM Revenue and Customs) yesterday in the Armagh area, carrying out a number of check-points.

“Our priority as police is to catch burglars, drug dealers, disqualified drivers and those who drive with no insurance.

“HMRC’s priority is to tackle those who take the chance of driving on rebated fuel when they shouldn’t be.

“After we spotted a driver driving past with no seatbelt on, HMRC came and took over, discovering that he was driving with a tank full of green diesel.

The PSNI noted that its team carried out anti-burglary patrols, seized drugs, carried out searches, detected numerous traffic offences and arrested a male “who had warrants and was wanted for numerous crimes”.

“He’d been avoiding police for a while, but will have a trip to court this morning,” the PSNI statement concluded.