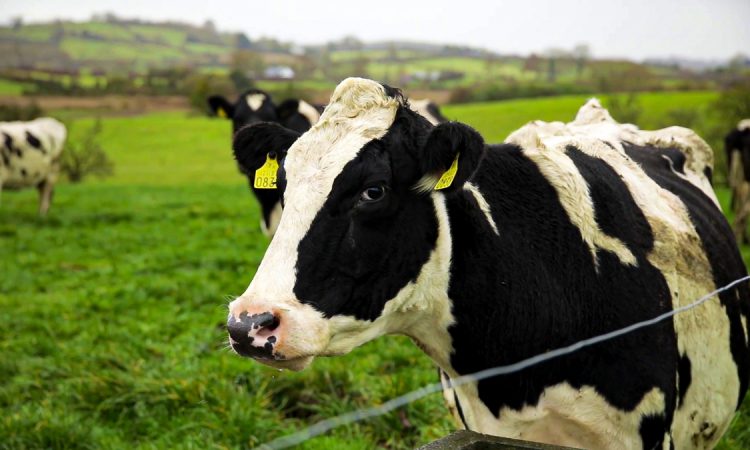 Aiming for net-zero by 2050 would require a “significant” reduction in livestock numbers in Northern Ireland, according to DAERA’s director of environmental policy division.

The proposed Environmental Bill for Northern Ireland is expected to include goals to cut greenhouse gas emissions by almost half (48%) by 2030 and 82% by 2050 against the base year of 1990.

The findings of the public consultation over the new legislation were brought before the Stormont Agriculture Committee on Thursday (March 18).

Responding to a question asking why the target was not more ambitious, Colin Breen, the department’s director of environmental policy division, warned that seeking to drive emissions even lower would risk off-shoring agri-food production overseas.

“The main reasons being that we would have to significantly reduce livestock numbers in Northern Ireland, which would have a major impact on the agri-food, and the farming community,” he said.

It would also only serve to move that food production elsewhere.

“The other reason was, we could aim for net-zero if significantly more of the carbon capture and storage technologies were moved to Northern Ireland, but there would be located in sub-optimal areas – if that was the case, it would be extra cost for no extra benefit for UK net-zero.

“And as we’re governed by the UK Climate Change Act I think overall we’re still aiming for UK net-zero.

Wales did start at a lower level, and then as they began to progress, they realised that they could do more and have legislated for more, so there’s nothing to stop us from doing the same.

“But I think it’s important to get a realistic target and get the legislation in place, we are further behind than all of the other UK jurisdictions.”

“Every sector needs to do its bit. No sectors getting a free run by any means – businesses, agriculture waste energy, transport, they all have to do an awful lot – and an awful lot very quickly,” Breen said.

When probed for more detail on what changes the targets could mean for farmers and whether the 82% reduction target would lead to a cap on livestock numbers, Breen said: “We don’t have any agricultural policy at the moment to say what affects the livestock numbers will have, etc.

“There certainly have been suggestions that moving some land use to other uses may be beneficial in terms of climate change, but I wouldn’t really like to comment on any specifics – such as livestock numbers – because we simply don’t know, and it’s really about everybody playing their part.

I don’t think it would impact on the farmland itself, but it may involve some new working practices.

“For example, if you look at the Climate Change Committee sectoral plans for agriculture, they have a lot of very positive steps toward low-carbon farming, etc.”