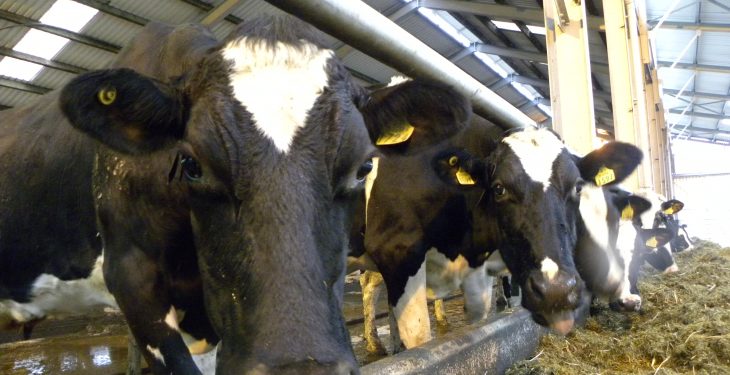 EU milk production decreased by 3.4% in December 2016 on the corresponding month in 2015, the latest figures from the EU’s Milk Market Observatory (MMO) show.

The figures also show that EU milk production ended the year up 0.4% on 2015 levels.

In total, butter production for the year in the EU last year increased 2.6% on the year previous.

Skimmed milk powder (SMP) and whole milk powder (WMP) production both increased in 2016 on the year previous by 3.7% and 3.2% respectively.

During the next decade, global and EU production growth is expected to be more moderate, driven by a sustained increase in world demand, albeit at a slower pace than in the past decade, the most recent EU outlook report found.

It expects the rise in EU milk production in the next decade to be moderate – in the region of 1.3m tonnes of milk per year on average – and lower than in recent years.

Still, the EU is expected to become the world’s top exporter of dairy products by 2026, just ahead of New Zealand.

However, despite the expected strong increase in exports, by 2026 more than 85 % of EU milk and dairy products will be consumed within the EU, according to the outlook report.

The decrease in fresh milk consumption is expected to continue, but the use of cheese and butter by households and for processing is expected to increase further, which, together with expected population growth, would support consumption.

US milk production continues to increase

Meanwhile, this week the US Department of Agriculture released the milk production figures for January.

The USDA has attributed higher milk prices, lower feed prices, lower cull cow prices, and attenuation of the drought in parts of California and other western areas to the increase in milk production.