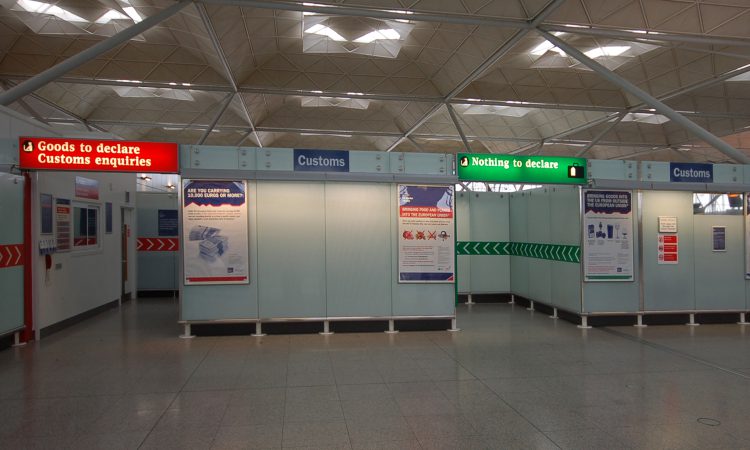 The European Commission has said it will not launch infringement action after the UK yesterday announced plans to extend the Grace Periods for the Northern Ireland Protocol.

In a statement made on Monday (August 6), the UK said it planned on continuing the arrangements which are due to expire next month.

The UK also committed to giving “reasonable notice” to allow businesses to prepare should the arrangements change.

The Northern Ireland Protocol was introduced in January to ease the paradox of Northern Ireland remaining part of the European Single Market while also retaining access to the UK’s internal market.

However, while the agreement allows goods to leave Northern Ireland for Britain, it has meant checks and restrictions apply for goods from Britain entering the region. Currently, the biggest stumbling blocks of the NI Protocol relate to livestock movements and sanitary and phytosanitary (SPS) goods such as seed potatoes and horticultural produce.

The Grace Period facilitates the movement of certain goods, such as chilled meats, from Britain to Northern Ireland.

UK to continue Grace Periods on the ‘current basis’

In a written statement, Lord Frost, Minister of State in the Cabinet Office, said: “The Government set out in its July 21 Command Paper, ‘Northern Ireland Protocol: the way forward’, proposals to find a new balance in the operation of the Protocol.

“The Government proposed to the EU on July 23 a ‘standstill’ arrangement to maintain the operation of the Protocol on the current basis, and to pause current legal actions, to provide space for discussions on those proposals.

The EU announced on July 27 that it was not, at that stage, moving to the next stage of the legal proceedings it started in March. There have since been initial technical talks between the UK and the EU.

“These will continue in order to determine whether a constructive process can be established for discussing and addressing the issues identified with the Protocol.

“Following on from this, to provide space for potential further discussions, and to give certainty and stability to businesses while any such discussions proceed, the government will continue to operate the Protocol on the current basis. This includes the Grace Periods and easements currently in force. Operational and other guidance will be updated to reflect this approach.

We will ensure that reasonable notice is provided in the event that these arrangements were to change, to enable businesses and citizens to prepare.”

In response, a statement by the European Commission said it “took note” of the UK’s statement. It said it would not launch infringement action but would not renegotiate the Protocol.

“We continue to stress that the Withdrawal Agreement is an international agreement,” it read.

The protocol is an integral part of the Withdrawal Agreement and the agreed solution between the UK and the EU to the problems caused by Brexit for the island of Ireland. Both sides are legally bound to fulfil their obligations under the Agreement.

“Our focus remains on identifying long-term, flexible and practical solutions to address issues related to the practical implementation of the Protocol that citizens and businesses in Northern Ireland are experiencing. However, we will not agree to a renegotiation of the Protocol. The Commission continues to engage constructively with the UK, in the interest of all communities in Northern Ireland.

Our approach to the Protocol is based on the achievement of stability, certainty and predictability in line with the objectives of the Good Friday (Belfast) Agreement and in order to protect the Single Market.

“In this way, businesses and citizens in Northern Ireland will reap the full benefits of the Protocol and, in particular, the access to the Single Market it provides.”

However, the Commission said it “reserves its rights” in respect of infringement proceedings.

“At present, the Commission is not moving to the next stage of the infringement procedure launched in March 2021, and is not opening any new infringements for now,” the statement concluded.