The Countryside Alliance says that the social media giant made the decision after the rural lobby group applied pressure for the post to be removed.

The post, which was in the form of a map, was published by what the alliance calls “animal rights extremists”. By taking this decision, the Countryside Alliance says that Facebook has “sent out a clear message that they have a zero-tolerance approach to online bullying and harassment”.

The Countryside Alliance says its followers responded quickly, and Facebook removed the post “in a matter of hours”.

“The uptake from our supporters was superb. Facebook would never have reacted so quickly if it were not for all those that reported the post. For that we are extremely grateful,” said Tim Bonner, chief executive of the Countryside Alliance.

He added: “With such active support, the Countryside Alliance is in an unique position to act on online bullying and harassment. Rural businesses and livelihoods have enough challenges to contend with without having to deal with intimidation and potential attacks from extremists.”

By working together, we can protect rural people and their businesses from these threats.

Bonner stressed, however, that this is an ongoing problem, and that game farmers are “still living in fear”.

“We will continue to work with the police to tackle harassment and incitement. The police have reacted quickly to investigate those game farms that have been attacked as a result of this map, and we will ensure that they continue to treat the threats being made online seriously.” concluded Bonner. 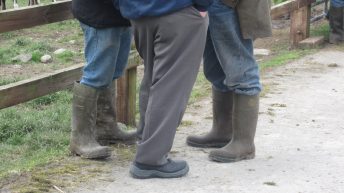