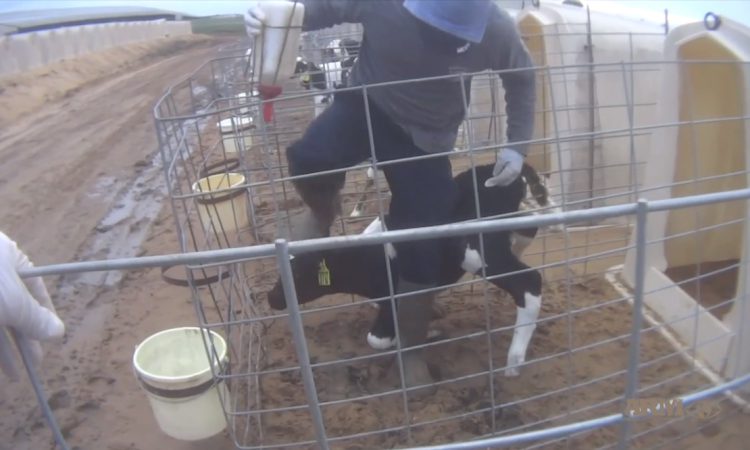 Fair Oaks Farms, one of the largest dairy farms in the US, has announced that it has sacked a number of its employees due to calf cruelty – with a full investigation underway.

Disciplinary action will be taken, according to the firm, including termination and criminal prosecution for any employee found to have violated animal care practices.

The announcement was made following the emergence online of an “undercover video” recorded by animal welfare group Animal Rescue Mission (ARM).

The video, claimed by the group to be “the largest undercover dairy investigation in history” surfaced yesterday, showed systemic and illegal abuse at Fair Oaks Farm in Fair Oaks, Indiana.

In a statement on the matter, Fair Oaks Farms founder Mike McCloskey said: “Most of the footage for this video was captured on one of the dairies that belongs to Fair Oaks Farms.

“While we were made aware a couple months ago of the fact that ARM had gone undercover at Fair Oaks Farms, and had proactively made a statement, we had no idea what kind of footage had been captured or what – if any – abuse had occurred.

“It is with great disappointment to find, after closely reviewing the released ARM video, that there were five individuals committing multiple instances of animal cruelty and despicable judgement. Of the five, four were our employees and one was a third-party truck driver who was picking up calves.

Of the four who were our employees, three had already been terminated prior to us being made aware months ago of the undercover ARM operation, as they were identified by their co-workers as being abusive of our animals and reported to management.

“So, in this instance our policy of cow care training – ‘see something, say something’ – worked. After reviewing the video frame-by-frame, those three employees are responsible for the overwhelming majority of offenses seen in this video.

“Unfortunately, the fourth employee’s animal abuse was not caught at that same time. Although he underwent another training session in animal care when we discovered there was an undercover ARM operation on our farm, after viewing the extent of his animal abuse, he is being terminated today.

As to the individual who worked for the transportation company, today, we will notify the company that he works for and he will not be allowed on our farms again.

“It is our position that any companies that come in contact with transportation of our animals should be well-versed in and adhere to our industry’s animal welfare practices which can be found in FARM.”

Describing the discovery as a “shock and an eye-opener”, McCloskey said that an investigation is underway.

“A full investigation of all aspects of the video is underway, during and after which disciplinary action will be taken, including termination and criminal prosecution, of any and all employees and managers who have violated either our animal care practices or the law or both.”