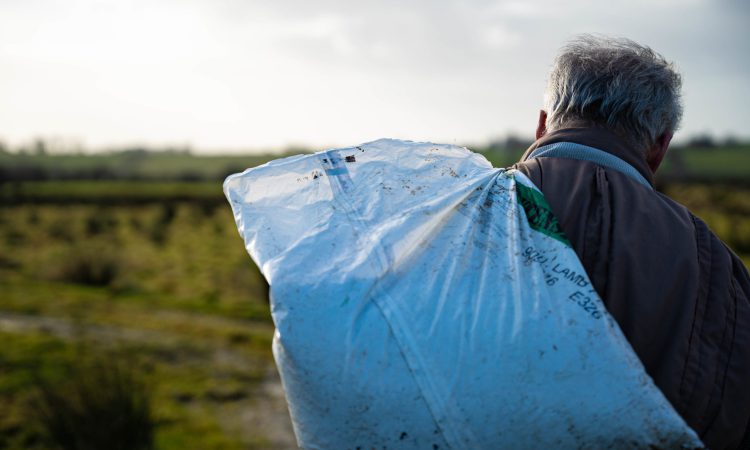 Northern Ireland’s agricultural industry has commissioned an impact assessment report to evaluate how ambitions for Northern Ireland to achieve net-zero by 2045 will affect farming.

Addressing members of the Stormont Agriculture Committee, Northern Ireland Meat Exporters Association chief executive Conal Donnelly said it was one of his organisation’s “frustrations” with the private member’s Climate Change Bill, that there was no impact assessment before it came to the Assembly.

The main organisations behind the report include NIMEA, UFU, LMC, Dairy Council for Northern Ireland. Although it’s understood several others have also expressed their support.

The research will be carried out by an independent consultancy firm. It’s expected that the findings will be published later this summer.

Dairy Council for Northern Ireland chief executive Mike Johnston made the point that MLAs would not allow a bill with such a seismic impact on any other sector, such as the NHS, to be passed without an assessment of its impact.

During the same session, Dean Holyroyd, group technical and sustainability director of ABP Food, said: “For a nation that can’t feed itself – it’s only somewhere between 60-70% self-sufficient – reducing domestic output on marginal land that’s unfit for anything else and then topping up, through import, that deficit from nations which have got a much higher footprint – that is just madness.”

Despite the dramatic extent of the bill across several industries in Northern Ireland, private member’s bills are not required to undergo the same level of scrutiny as those put forward by the Executive.

As a result, despite covering the same topic, the Minister of Agriculture’s Climate Change Bill [referred to in Assembly documents as “Climate Change (No. 2) Bill”] will need to undergo an impact assessment.

It’s an issue which even the region’s agriculture minister has voiced some frustration with.

Speaking to Agriland, Minister Poots said: “The actions that are taken need to be science-based and not something that’s done on a whim. Therefore, we need to be listening to people who are based in climate science and indicating to us what we are capable of doing in the timescale that we can do it in.

“We need to be working with scientists to develop innovations which can reduce carbon. I think there are tremendous opportunities in terms of carbon reduction but I think there are innovations which are still unavailable to us, and probably won’t be available for some time, which could dramatically change the opportunities that we have in carbon reduction.

We are going to go through a carbon revolution essentially – as we have gone through an industrial revolution, and as well a food production revolution.”

Poots said he planned on engaging with Green Party MLA Clare Bailey, who is backing the bill’s passage through Stormont, “very soon”.

“I am happy to engage on the basis of the science, and if Ms Bailey has science to support what she says I am happy to listen to that,” he said.

“At the minute, I am getting science from the Climate Change Committee, from AFBI, and I know that others are also commissioning their own independent advice on it.

“So I would be keen to hear what she has to say in terms of the 100% reduction by 2045 and what she has to say about overcoming the at least 50% reduction in the production of agri-food in Northern Ireland. And if it’s just “we can buy it from New Zealand, or other parts of the world”, all that is doing is shifting carbon, it’s not actually reducing carbon production.

I want to see a climate change bill that actually leads to a reduction in the carbon footprint across the world and not Northern Ireland wearing some hair shirt and the carbon still produced in South America or some other part of the southern hemisphere and shipped into the UK.”

What the experts say

Concern has been voiced by scientists, processors and farmers’ union representatives that the bill’s legally-binding net-zero target by 2045 will devastate the industry for little environmental gain.

Lord Deben, who chairs the UK Climate Change Committee, previously told the committee he could not support the bill’s net-zero by 2045 target for Northern Ireland.

Lord Deben told MLAs he was “not prepared” to tell the region to do things that, “we know, they cannot do”. Instead, he proposed the target of an 82% reduction by 2050.

Colin Breen, DAERA’s director of environmental policy, warned net-zero for Northern Ireland would actually only correspond to a 0.73% additional reduction in the UK’s overall emissions while irreversibly damaging the NI’s economy and costing the region an additional £900 million a year to achieve.