As the January 31 deadline for spreading slurry approaches, the Health and Safety Executive for Northern Ireland (HSENI) is warning farmers of the associated risks, particularly when mixing.

The HSENI urges farmers to remember the effect slurry gases can have, making it harder to breath and leading to confusion – as well as being potentially fatal at higher concentrations.

“Mixing slurry can be a particularly dangerous job, as gas is released very quickly, and in large quantities, as soon as the mixing starts,” said the HSENI.

It is of particular importance that farmers keep in mind the dangers of hydrogen sulphide – one of the gasses released during slurry mixing – which is often undetectable through smell, according to the HSENI.

“Before starting any job on the farm, including slurry mixing, take time to stop, think and safely plan the work ahead,” said Malcolm Downey, principal inspector of the HSENI’s farm safety team.

“Stay out of the building for at least 30 minutes after the mixing starts as well as every time you move the pump or change the direction of mixing. Please be aware that if a tank is mixed before the end of the closed period, and is then mixed again before the tank is emptied, that gas can build up again even within a day or two,” added Downey.

The HSENI also advises farmers on the proper procedures if you should come across someone who has been overcome by slurry gasses; stop the pump if possible and get the person to fresh air, and provide artificial respiration if the person’s breathing is weak or stopped.

“Do not take any chances when mixing slurry. As the closed period comes to an end I urge farmers to reflect on the safe slurry mixing code, remembering that just one breath can kill,” concluded Downey. 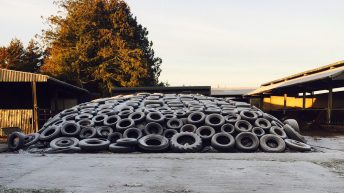