The ‘UK Farming Roundtable’, made up of representatives from 13 separate agricultural lobby groups, has written a letter to MPs calling on them to “unite” around a single option for an ‘orderly’ Brexit.

The letter demands that, if such a solution is not found by next Wednesday (April 3), then the Government must seek a further extension on Article 50.

“We are intensely frustrated at the continuing impasse over the UK’s departure from the EU and urge you to take whatever steps are necessary, right now, to ensure the UK does not leave without a deal in the coming days,” the letter stated.

Government and parliament must ensure our departure from the EU is an orderly one. The farming sector is clear that leaving without a deal would cause huge economic damage to British farming.

It continued: “Over recent months, farming organisations, alongside individual farmers and growers, have consistently warned MPs of the severe consequences that a ‘no-deal’ would have, not only for our agricultural and horticultural sectors and the jobs they provide, but also for the food supply in the UK.”

The letter argues that the Government must look for a further extension, and that this extension must be long enough to allow MPs agree a way forward on the withdrawal agreement impasse.

“A further extension of just a matter of weeks is not acceptable, given the damaging time and resources that has already been expended in managing the threat of a ‘no-deal’ departure over recent weeks and months,” argued the groups which drafted the letter.

The thirteen signatories of the letter were:

“It is unacceptable for farming to be in a perpetual state of uncertainty with no clear idea of the trading conditions they could be operating under in just a matter of days,” the letter says.

It argues that the uncertainty is causing investments to be put on hold, important positions to go unfilled and prices to decrease.

“Time is almost up. MPs must now consider the concessions they will need to accommodate to bring to an end the enormous uncertainty that is already undermining our food and farming sectors,” the letter concluded. 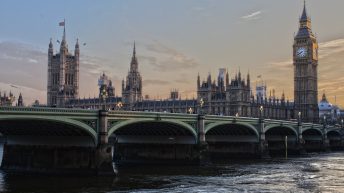 MPs to vote on withdrawal agreement motion tomorrow…with a twist