The very first Axial-Flow combine to come to Europe (pictured above) returned to the exhibition where it made its debut 40 years ago.

The restored International Harvester (IH) 1460 model (pictured above) was displayed outside the Case IH stand at last week's SIMA show in Paris, France.

IH launched the 1400 series Axial-Flow combines in North America in 1977, after more than two decades of development (whereby a conventional drum/concave and straw walkers were replaced with a single longitudinal rotor and sectional concave system - for both threshing and separation). 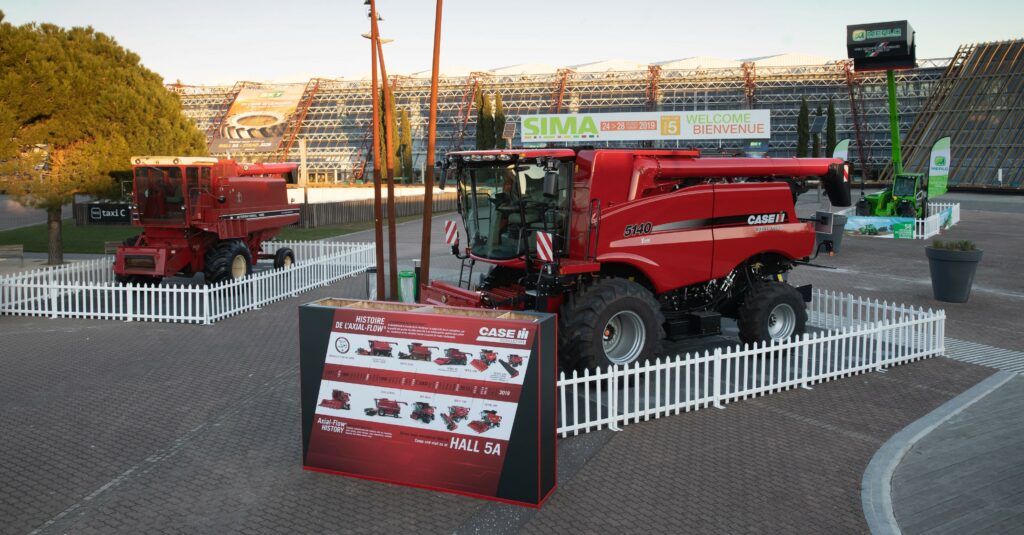 There followed two years of testing and fine-tuning to improve the machines' performance in higher-moisture, heavier-strawed European conditions, before the full European market debut of two models - the 1440 and 1460 - at SIMA 1979.

These were later followed by the larger 1480 and smaller 1420 machines.

The combine on display at last week's French show was the original machine shown at SIMA 1979 - the official European launch event for the Axial-Flow combine range.

The judges of the show's machinery awards scheme (in 1979) gave it a Gold Medal for technical achievement. The decal applied to the machine (to display the accolade) can still be seen on the same combine today.

Also at last week's SIMA show, Case IH unveiled its new Versum CVXDrive tractors (one of which is pictured below at the event). This new line-up consists of four models (circa 100-130hp). 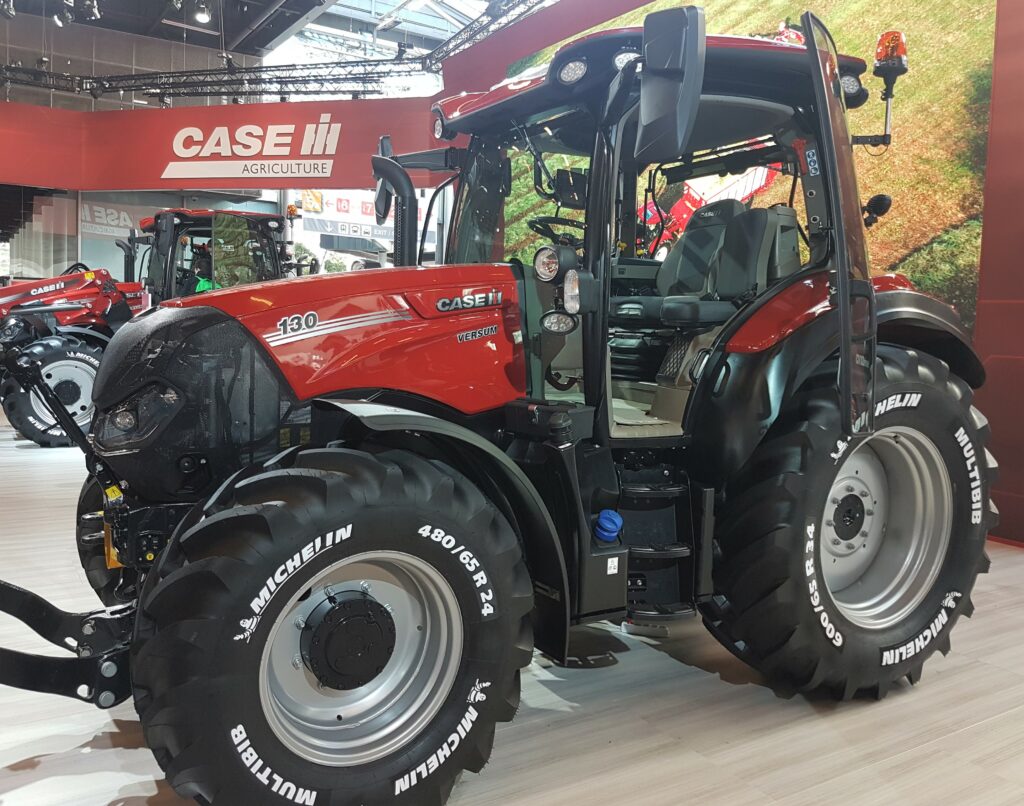 Key features of the new Versum CVXDrive are, as its title suggests, its stepless transmission and, also, a Stage 5 compliant FPT (four-cylinder; 4.5L) engine.