Fonterra: Global demand for dairy continuing to grow, with China leading the charge 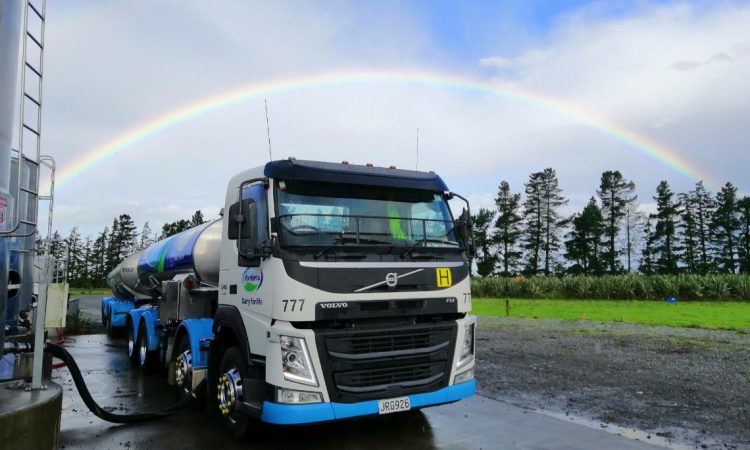 Global demand for dairy, especially New Zealand dairy, is continuing to grow, according to Fonterra.

China is “leading the charge as its economy continues to recover” and, prompted by Covid-19, “people are seeking the health benefits of milk and customers are wanting to secure their New Zealand dairy products and ingredients”.

The New Zealand co-op Fonterra has published an update on its business performance for the nine months ending April 30, reporting a normalised net profit after tax of $587 million (€350 million), up 61% year-on-year.

Its reported net profit after tax was $603 million (€361 million), up 2%. Fonterra’s total group normalised earnings before interest and taxes (normalised EBIT) was up 18% to $959 million (€574 million), due to higher margins and reduced operating expenditure.

CEO Miles Hurrell said that Covid-19 challenges “are still very much part of life for the co-op’s employees and customers around the world”.

“It’s too easy to forget this if you’re sitting here in New Zealand – but [the] results show that despite these challenges, we’ve lifted our financial performance,” Hurrell said.

“Over the last three months, we have also committed to getting out of coal by 2037 and made some promising progress in a trial using seaweed in cows’ feed to reduce emissions.

“Foodservice, once again, was the big driver behind this result, contributing $93 million (€56 million) of the growth.

“In the third quarter, the team continued to improve the strong gross margins we saw in foodservice at half-year by shifting milk into higher value products, for example cream cheese. As a result, the year-to-date margin increased from 21.5% to 28.6%.”

However, it cautions there will be significant pressure on earnings in the last quarter of the year due to the normal seasonal profile of the business combined with tightening margins.

Hurrell said that the improving global economic environment and strong demand for dairy, relative to supply, are sitting behind the co-op’s $8 midpoint of its 2021/2022 forecast.

“Since March, we have seen prices settle, somewhat, which is why we have revised our midpoint down 5c,” he added.

“At this point it would see the co-op contributing more than $12 billion (€7.2 billion) to the New Zealand economy next season,” Hurrell explained.

“Based on these supply and demand dynamics, along with where the NZ dollar is sitting relative to the US dollar, we’re expecting whole milk prices to remain at current levels for the near future.”

As Fonterra looks ahead to the next 18 months, Hurrell noted that there are “a number of risks – which is why at this early stage we have this large range on our forecast farmgate milk price”.

“Some of the major risks include: Covid-19, which is far from over; the impacts of governments winding back their economic stimulus packages; foreign exchange volatility; changes in the supply and demand patterns that can enter dairy markets when prices are high; and, as always, potential impacts of any geopolitical issues around the world,” he said.