Home » Environment » How efficient must a farmer become at producing a kilogram of product?

How efficient must a farmer become at producing a kilogram of product? 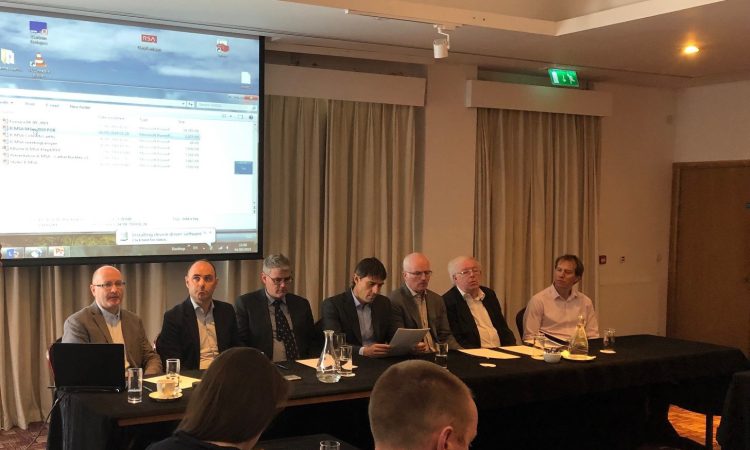 When it comes to agriculture and climate action the focus – with regard to greenhouse gas (GHG) emissions – needs to be on oxide emissions per hectare and emissions intensity. How efficient is a farmer at producing a kilogram of product?

It is these two very elements that “have to be worked on” if Ireland is to achieve its GHG targets in the coming years.

These were the sentiments expressed by Dr. Cathal Buckley, an economist with Teagasc, who spoke about economic and environmental sustainability at farm level during the Irish Creamery Milk Suppliers’ Association (ICMSA) ‘Dairy and Climate Change’ think-tank, which was held in Dublin on Wednesday, September 4.

The event was designed to facilitate an exchange of views where questions and observations were encouraged; it resulted in an engaging and fact-driven gathering that saw opinions expressed from across a wide spectrum.

Buckley went on then to examine emissions in more departments.

With regard to absolute emissions – tonnes of CO2 eq/ha – from a GHG perspective dairy farming is a significantly higher emitter on an absolute per hectare basis.

He continued: “They are twice as high as the livestock systems and four times as high as tillage.

“But if you interact the GHG with revenue output it is clear that the cattle and sheep systems generate a higher level of CO2 per euro of output generated.

Also Read: ‘By 2030 dairy will be two-thirds of absolute emissions in agriculture’ – Teagasc

“They are relatively low-level emitters but are also very low generators of income.

“This does provide some food for thought.”

The Teagasc expert went on to say that tillage performs the best while dairy comes in a close second.

This determines where the increase in emissions is coming from.

“With the carbon footprint of the milk we can determine that through time – on specialist dairy farms – the CO2 per kilogram of fat with the milk is declining.

“Farms are becoming more efficient in terms of the carbon footprint of milk/kg they are producing.”

Efficiency on the farm

Buckley then pointed to some of the ‘gains’ in terms of efficiency that are occurring on Irish farms.

He highlighted the fact that “in a post quota environment” more milk/cow is being produced and “that’s an efficiency gain”.

“Where the emissions are coming from is the herd sizes,” he added.

The average herd sizes have increased since post-quota.

He added: “This is overriding the gains that have been made on the genetics of the cow and on the carbon footprint.”

Meanwhile, according to the Teagasc expert, the top-performing farmers are producing a kilogram of milk at a lower level of emissions and “this is a good news story”.

However, they do have higher levels of absolute emissions on a per hectare basis.

He continued: “That is the conundrum we are looking at, at the moment, in terms of absolute emissions and emissions intensity.

“Both will have to be tackled if we are going to meet our targets.”