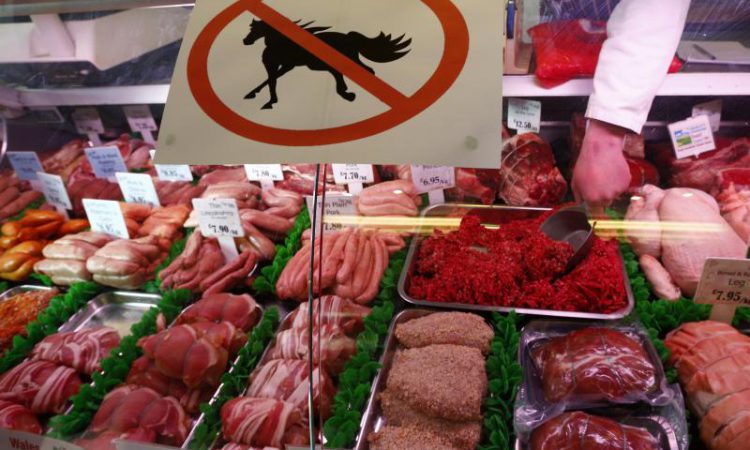 Europol launched a dedicated project as part of ‘Operation Opson IX’ to support authorities in combating the sale of illegal horsemeat from countries including Ireland.

Operation Opson IX was coordinated by Europol and Interpol and ran from December 2019 to June 2020. It worked to take illegal foods off the market in a number of countries, as part of a large operation that targeted the trafficking of counterfeit and sub-standard food and beverages.

This year’s operation found a “new disturbing trend of the infiltration of low-quality products into the supply chain, a development possibly linked to the Covid-19 pandemic” according to Europol.

‘Posed a threat to consumer health’

According to Europol’s report, the operation led to the dismantling of 19 organised crime groups involved in food fraud, along with the arrests of 406 suspects. More than 26,000 checks were performed.

As a result, around 12,000t of illegal and potentially harmful products worth about €28 million were seized, including 320t of smuggled or sub-standard dairy products in Bulgaria, Italy, France, Greece, Portugal and Switzerland.

National authorities seized rotten milk and cheese which posed a threat to consumer health. Additionally, 210t of cheese were seized, which did not meet the conditions to be labelled with a protected geographical indication (PGI).

According to the report, a Bulgarian investigation into an unregistered warehouse revealed seven samples of cheese tested positive for starch and E.coli. The authorities seized 3.6t of unsafe dairy products, which were supposed to be processed into melted cheese.

Targeted action on horsemeat in Ireland

As a response to a “dangerous criminal trend”, Europol launched a dedicated project to support authorities in combating the sale of illegal horsemeat from countries including Ireland, Belgium, Italy, Spain and the Netherlands.

Advertisement
The operation focused on checks of documents of more than 157,000 horses from eight countries and about 117t of horsemeat. Live animals and more than 17t of horsemeat was seized from several slaughterhouses in Ireland and other European countries.

Inspections of slaughterhouses in several countries showed that about 20% of the foreign passports used for these horses showed signs of forgery. Competition horses with forged documents were also sent to slaughterhouses.

With more than 5,000t seized, animal food was the most seized product. This was followed by alcoholic beverages (more than 2,000t), cereals, grains and derived products, such as coffee, tea and condiments.

According to the Europol report, “counterfeit and sub-standard food and beverages can be found on the shelves in shops around the world”.

The increasing online sale of such potentially dangerous products poses a significant threat to public health.

This is the ninth consecutive year that this operation has taken place. This year’s operation involved law enforcement from 83 countries and was supported by the European Commission and the European Anti-Fraud Office.

In total over the last nine years, €450 million worth of illegal food and beverages have been seized as part of the operation.