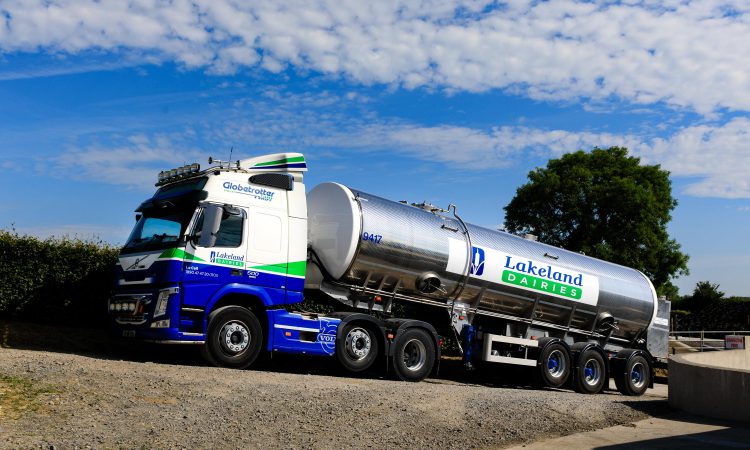 Lakeland Dairies has set a price for December milk, increasing the base price, following an announcement by the cooperative today, Monday, January 13.

In the Republic of Ireland, a base price of 31.31c/L including VAT and lactose bonus will be paid for milk supplied in December.

The base price has been increased by 1c/L, a spokesperson for the cooperative confirmed.

Qualifying farmers will also receive the usual Out-Of-Season payment, it was added.

In Northern Ireland, a base price of 25p/L will be paid for December supplies plus the usual Out-Of-Season payment. The base price has been increased 0.5p/L.

Commenting on the price, a spokesperson for the co-op said:

“The global dairy markets have shown signs of solidity in recent weeks and, as a result, Lakeland Dairies is in a position to pass on improved returns directly to our 3,200 farm families.

While sentiment in the market has improved, particularly for powders, there continues to be market uncertainty around the shape of a trade deal between the UK and the EU as well as ongoing trade and geo-political tensions.

“Lakeland Dairies will continue to monitor the market situation closely over the coming weeks,” the spokesperson concluded.

Other milk processors are expected to announce their respective prices for December over the coming days and weeks.