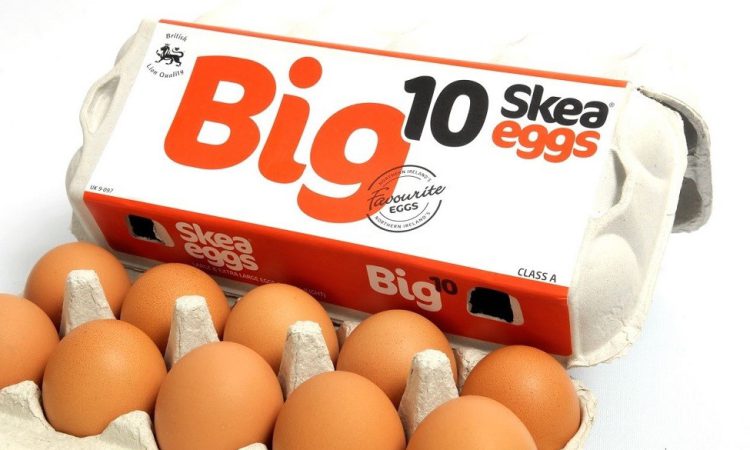 Co. Tyrone egg firm Skea Eggs has reported a 43% increase in profits compared to the year before with profit reaching £3.4 million for the year.

The accounts, which were published this week, cover the period up until December 2019 and show a £3.5 million increase in sales (£71.9 million) over the same period.

However, the cost of sales also increased substantially, rising by around £3.4 million, with distribution and admin expenses both up.

Skea Eggs is one of Northern Ireland’s largest egg companies – each year processing the eggs of around 1.6 million hens.

The firm supplies most of the main supermarkets in Britain and Northern Ireland including Asda, Co-op, Marks & Spencer, Musgrave Retail Partners, Sainsbury’s and Tesco – both own-brand and Skea-branded packs.

However, its strategic report explained it is eyeing up further growth with plans to seek out new sales opportunities amid tightening margins in the egg sector.

“…the egg market and retail environment is changing and the company expects margins to be subdued in the coming year,” it read.

Over the year, Skea also took on an extra 11 members of staff, bringing its total number of staff up to 149 people.

Despite its size, the firm is still a family-run business based in Pomeroy, Co. Tyrone, grading, packing and selling eggs from its Donaghmore packing centre (around five miles outside Dungannon, Co. Tyrone).

In 2018, the business reached a milestone, supplying more than 70% of the eggs sold on the shelves of Marks & Spencer stores across the UK and Ireland.

The company started to supply to M&S in 1997 in just seven stores. However, today it supplies the retailer with more than 63 million eggs each year.

It’s ‘Good Egg’ range – free-range eggs enriched with Omega-3 – is one of its latest products and aims to help customers maintain a healthy diet.