Home » Agri-Business » Lord Price: ‘After defence, a Government’s highest priority is to feed its people’

Lord Price: ‘After defence, a Government’s highest priority is to feed its people’ 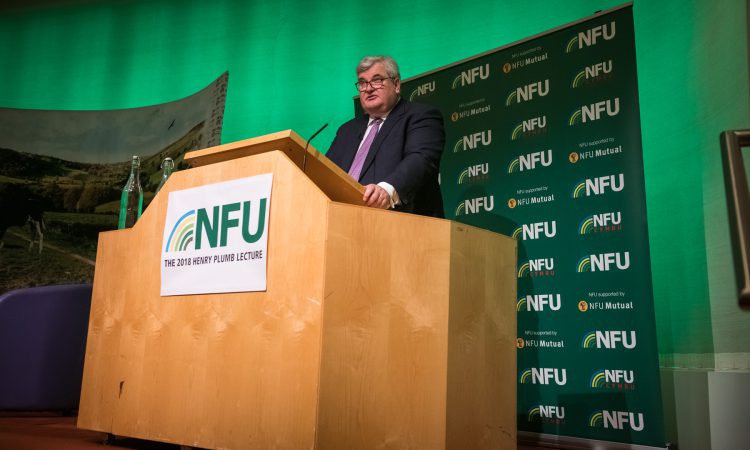 Lord Mark Price, former Minister for Trade and Investment and managing director of Waitrose, addressed the National Farmers’ Union Henry Plumb lecture with his thoughts on Brexit and the future of food, farming and retail earlier this week.

A recognised and respected figure in both Government and the retail sector, Lord Price told the audience of around 130 industry leaders, stakeholders and Government officials of his views on the potential impacts of Brexit on the farming sector and how the retail landscape is ever-changing.

Addressing the audience, he stressed that feeding the nation should be one of the highest priorities for any government.

“Better collective buying and selling, to my mind, are now key requirements,” he said.

“And here I think the NFU has a vital role to play in bringing farmers together to look outwards, to understand the threats and embrace the opportunities.

“After defending its people, a Government’s highest priority is to feed its people.

Everything that we have become used to is about to change. I would suggest there is no time to waste in developing a new globally-minded approach and prepare to become match-fit to win a new global game.

“For the human condition, for business and society to thrive, the future needs to look brighter than the past. I hope that shortly we can all start to paint that brighter picture.”

NFU director general Terry Jones, who chaired the session, said: “Lord Price is recognised as one of the leading voices in the food and retail sector and his predictions for the future pose both opportunities and challenges for British farming.

“He rightly identifies the role of the NFU to bring together farmers to look towards the future. This has been one of the key principles the NFU has always worked to and we will continue to do so as we move towards farming in a post-Brexit world.

The NFU has been very clear that any future trade deals struck must not serve to undermine the high standards British farmers produce to. It is crucial that our high standards are maintained and protected.

“What Lord Price made abundantly clear in his remarks is how important it is for a nation to have the ability to feed its own people.

“The NFU is working hard to make the case for home-grown food and how the strategic importance of domestic food security cannot be overlooked.”