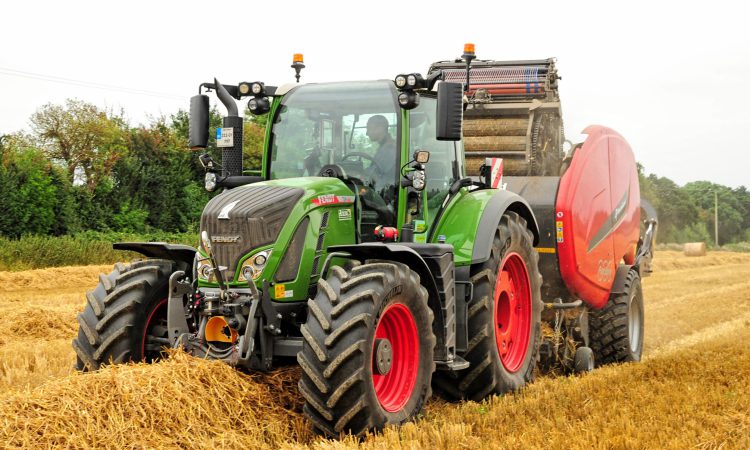 The round baler has made a terrific impact on the farming scene over the years, playing a large part in displacing the small square baler and reinventing the silage making operation on many farms.

This is despite the one major drawback of the machine, i.e. it has to stop to tie and drop the bale, breaking the progress of the balers and reducing efficiency generally.

One company that believes it has overcome this problem is Kverneland which has developed a twin chamber design which will bale continuously without pause to secure or eject the bale.

This is not a brand new machine; the company has been testing the concept over the last two or three years, but now it has brought a demo model to Ireland and is keen to show it off.

The challenge of a round baler

Watch the baler in action in the video above.

Unlike square balers, which have a linear form of action, round balers require an interruption in the constant flow of material to secure and eject the completed bale.

In a round baler there are up to four distinct phases of operation. The first is the collection of the grass and its chopping, the second is the formation of the bale itself, while the third is the tying and ejection.

The fourth operation is wrapping, although the presence of this function will depend on the model of baler being used.

To achieve continuous flow, the problem that has to be overcome in a round baler, is the need to halt the flow of material into the chamber while the completed bale is being tied.

Despite the concept of circular bales being around since at least 1910, this has been a problem that had not been successfully addressed until recent years.

Kverneland believes it has now perfected the answer and, what’s more, it’s one that appears to work well in the field, offering an average increase in productivity of up to 25%.

The solution, on paper at least, is quite simple. Instead of the tractor stopping while the bale is being tied, and so halting the flow of material, it continues to travel down the swathe picking it up as it goes.

This material obviously has to have somewhere to go, so Kverneland has added a second, smaller chamber to accept it. This can be thought of as a reservoir which holds it until it can be used.

Rather confusingly it is referred to as the secondary chamber, although it actually sits in front of the main primary, chamber.

This secondary chamber is, in effect, a half-sized baler which produces a small bale itself.

This proto-bale is then passed back into the main chamber, when that has completed tying and ejecting the larger, finished bale.

Here it is taken to full size before being tied, ejected and wrapped, and so the process is repeated without disruption to progress across the field.

At the heart of the machine, and the key to its function, is a rake and deflector plate which automatically switch the flow of material between the two chambers.

Getting this right was an essential element of the machine’s development.

Other advantages of the baler

The foremost benefit of not having to stop is the time saved over standard balers; there are are two other major benefits to the method.

The first is fuel efficiency. Stopping and starting a combination of tractor and implement that can weight up to 10t is expensive on diesel. It can also increase wear and tear on both machine and operator.

The second is that the bale is more compressed throughout its width. The small chamber creates a tight centre which is then added to by the second chamber, wrapping it up in further layers until it is fully made.

This two stage compression might be thought of as a ‘halfway house’ between fixed and variable chamber type balers, although, strictly speaking, the density is not uniform throughout the whole bale.

Kverneland has had many years of experience producing round balers and its products are already well-known and respected in the market.

The FastBale machine reflects this with an apparent sturdiness that suggests it will be capable of hard work over many seasons.

The wrapping unit is a case in point. When empty, it is carried close to the ground to enable a complete bale to roll down into it. It is then raised so that the wrapping arms have room to pass underneath.

There would appear to be ample metal in the cradle to support the weight, while the equally solid wrapping arms rotate about a slew ring borrowed from a 4t mini-digger.

Once the bale is wrapped, it takes around four seconds for the mechanism to deposit it on the ground and return to its resting position, ready for the next one.

Once a field is finished, it folds up for ease of transport.

The pick-up has a cam mechanism either end to prolong longevity and has a central support mechanism to further extend bearing life.

Net or film can be applied in the main chamber, with only a slight difference in routing the two required to change from one to the other.

All up weight is just over 7,500kg with flotation tyres being available, as shown here, for softer conditions.

Future developments will include weighing of each individual bale to give an an average on total per field. Moisture analysis is also likely to become available at some point.