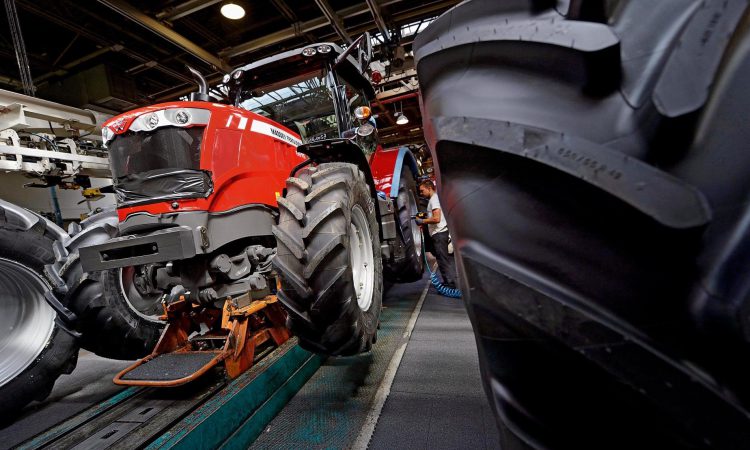 Martin Richenhagen (pictured below), chairman, president and CEO (Chief Executive Officer) of AGCO Corporation, has been named a Chevalier (Knight) of the Legion d’Honneur (Legion of Honour) by the government of France.

This high-ranking honorary decoration was bestowed during a recent ceremony held at AGCO’s global headquarters in Duluth (US), in the presence of the French Consul General in Atlanta, Louis de Corail.

The Legion of Honour, established by Napoleon Bonaparte in 1802, is the highest distinction conferred by the government of France. It is awarded to recognise those people and organisations that have made outstanding contributions to France in a variety of fields.

Opened in 1960, the Beauvais site is now the ‘Global Centre of Excellence’ for Massey Ferguson engineering and manufacturing. Summing up its operations from Beauvais, Ennery and Courcouronnes, as well as its joint ventures GIMA and AGCO Finance, AGCO has approximately 2,500 employees in the country.

As continental Europe’s second largest economy, and one of the largest markets for farm machinery, France represents a strategically important market for AGCO.

In keeping with this, the Legion d’Honneur decoration is in recognition, under Martin Richenhagen’s leadership, of AGCO’s contributions to the development of France and French-US relations.

Martin Richenhagen commented: “It is indeed an honour and privilege to receive this prestigious decoration from the French government.

During the past six years, we have invested more than €300 million in our Beauvais and Ennery operations.

Martin Richenhagen was selected by the board of directors back in 2004 as president and chief executive officer of AGCO Corporation. He was appointed as chairman of the board in 2006.

Under his tenure, AGCO’s operations in France have notched up some notable milestones, including:
Download Our Free App
AGCO
Loading Next Story