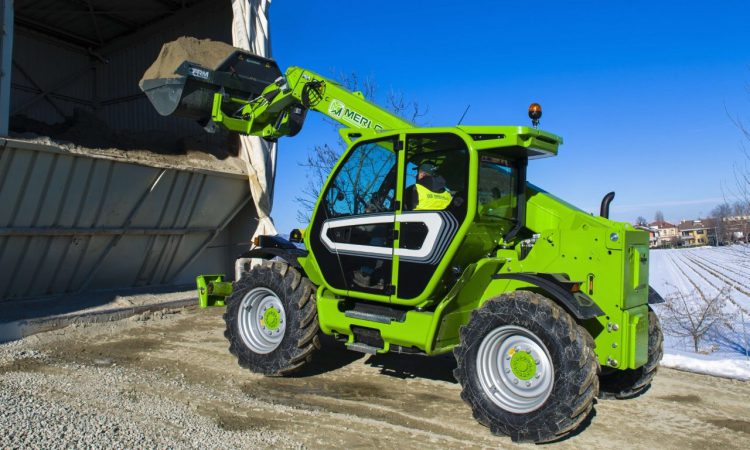 Merlo is never short of new ideas and its latest concept involves taking the power and compactness of a farm telehandler, and mixing it with the stability and utility of a construction machine.

The company has called it the Turbofarmer TF35.11 TT-145 Telehandler, which conveniently translates to it having a 3,500kg lift capacity up to 11m, and powered by a 143hp engine.

Included for the first time on a farm machine are hydraulically-powered stabilisers borrowed from its construction orientated siblings.

It is claimed that these stabilisers extend its versatility by increasing stability for those working on aerial building repairs, or conducting maintenance on high vehicles.

The task of high-stacking of straw bales, as well as wrapped silage and palletised loads, can also be undertaken with greater safety thanks to the outriggers.

Top road speed is 40km/h and it is capable of towing trailers, slurry spreaders and water tankers up to 24t weight.

Features which further contribute to safety include load sensing and stability control functions that enable operators to guard against the risk of frontal tipping when fully loaded.

Others include “precise and powerful” hydraulics with load sensing and flow sharing technology. There is also a telescopic boom side-shift to aid load positioning.

Drive to the wheels from the Deutz engine goes via an Eco Power Drive (EPD) hydrostatic transmission. This automatically controls and adjusts the engine speed, based on operating conditions.

As a result, the engine speed is disconnected from the accelerator pedal. Merlo claims that this technology achieves a reduction in fuel consumption of 18%.

“By virtue of its capacity to handle a broad range of attachments, including crane hoist and aerial work baskets – and stabilised to ensure maximum stability when using an aerial work platform – the new TF35.11 TT-145 unit combines the functionality of a conventional load carrier and bulk materials handler, with those of an aerial work station.”

The new model will be available on the market here in early 2022.