Increasing numbers of farmers will now inseminate cows on the back of the data they are picking up from their heat detection systems, he said.

“But it is also important to use the traditional method of observing cows throughout the day.”

Mackey confirmed that heat detection rates are traditionally higher in exclusively spring calving herds than on units where cows are calving the year round.

Partly, this is because farmers are dealing with larger groups of animals within the breeding group. So it is that bit easier to pick up on bulling behaviour.

Mackey confirmed that the degree of negative energy balance that impacts on dairy cows post-calving will impact on her subsequent fertility.

“Normally, the cow will want to come back in to heat between 15 and 20 days after calving. But a prolonged period of negative energy balance could out this out to 42 days.

“There is evidence to show that cows that are over conditioned prior to calving will experience loner periods of negative energy balance.”

The CAFRE dairy breeding specialist said that fertility performance is a major driver regarding the profitability levels recorded by milk producers in Northern Ireland. He points out that the average cost of infertility is approximately £217 per cow, across all production patterns: spring, autumn and year-round calving.

“Breeding also has a direct bearing on milk output and quality,” he said.

Genetics accounts for 35% of the variation in third lactation corrected 305-day milk yield within a herd.

“However, genetics accounts for 53% of the variation in lactation average butterfat percentage. The equivalent figure for milk protein is 46%.”

Mackey confirmed that improving milk quality does pay. If improvements in the order of 0.1% butterfat and 0.1% protein can be achieved within a herd of cows averaging 7,500L, this is the equivalent of getting an extra 1,230L/cow at base price equivalent with milk priced at 22p/L (€0.26). 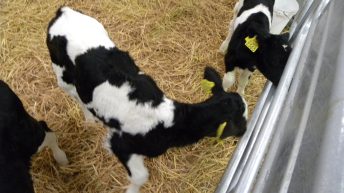 What can farmers expect from a BVD herd investigation?