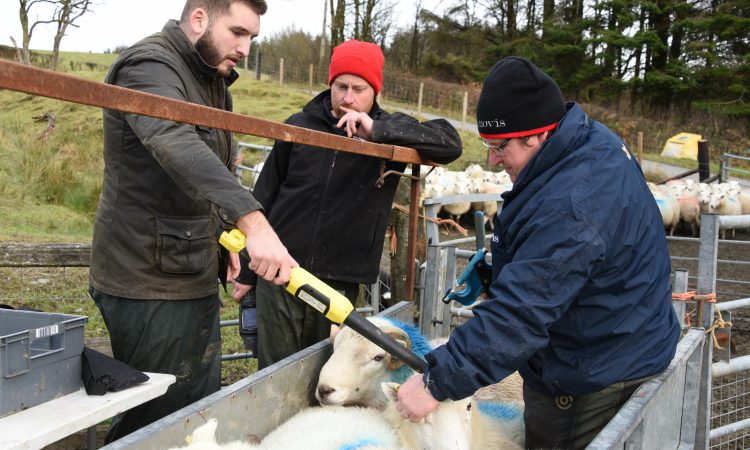 Welsh hill farmers have a second chance to join an innovative sheep genetic-improvement scheme, one year on from its launch in 2019.

The Hill Ram Scheme is run by Hybu Cig Cymru – Meat Promotion Wales (HCC) and offers Welsh hill farmers support in performance recording their flocks with the use of DNA parentage technology to help improve flock efficiency and performance.

The Hill Ram Scheme is one strand of HCC’s Red Meat Development Programme – a five-year initiative aiming to enhance the red meat sector in Wales.

There are currently 29 flocks across Wales participating in the scheme, including seven Leader Flocks.

Participants receive support in DNA sampling their flocks, training to help understand and interpret the genetic evaluation results as well as other specialist workshops and training events.

There is space for another 20 more flocks to join the scheme in 2020.

HCC’s Gwawr Parry, who co-ordinates the Hill Ram Scheme, commented: “After a very successful recruitment period at this time last year, we are delighted to open up another Expression of Interest window for farms to join the scheme in 2020.’

The Welsh hills can provide a challenging environment to farm – the Hill Ram Scheme aims to support hill farmers in performance recording their flocks with the latest DNA parentage technology, providing them with the ability to target efficiency and performance within their flocks with little to no change to their systems.

Parry explained that the scheme isn’t just suited to those looking to breed and sell rams and that the farmers can target various components of flock performance.

“There are many reasons why participants have joined the scheme – many are intending to breed rams with known and enhanced EBV’s whilst other participants are focusing on lamb weight gain, improving ewe performance and enhancing overall flock efficiency,” he said.

Ultimately, farmers can make use of the data and results from the scheme to suit their own systems and business aims.

Rhidian Glyn, who farms near Machynlleth in Powys, is a one of the seven Hill Ram Scheme Leader Flocks. He explained his reasons for joining the scheme:

‘‘I am hoping to improve ewe efficiency as a result of the scheme. It will mean stronger performers and their progeny can be easily identified, and just as importantly the bottom performers can be pulled from the breeding nucleus’.

Those who would like to join the scheme should express their interest on the HCC website before March 31.