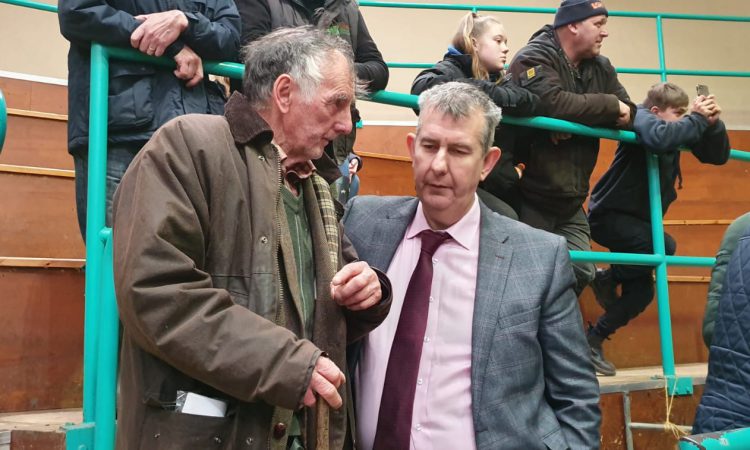 Newly-elected DUP leader Edwin Poots has confirmed he will stay on as Northern Ireland (NI) Agriculture Minister, officially turning down the option of taking on the role of First Minister.

Agriland reported on May 17, that Poots had intended to hold on to the Agriculture portfolio, as a source told the outlet that Poots believed there was “still a lot of work to be done”.

Traditionally, the party leader has also held the role of First Minister of Northern Ireland; however, Poots has now become the first not to do so.

Poots announced his new team would take shape as follows:

Ministerial appointments were made as follows:

Last week it was announced that Johnny Buckley will become Poots’ chief of staff, while Joanne Bunting will take on the party whip.

Poots is thought to be the first Minister of Agriculture in Northern Ireland to have any formal training in agriculture, having attended Greenmount College in his youth and later gone on to run his own family farm.

He took on the role in January 2020 with big ambitions to get a handle on NI’s soaring bovine tuberculosis (bTB) rates and tackle climate change through supporting efficient and environmentally-sustainable farming methods.

Despite a challenging year facing personal illness and the Covid-19 pandemic, his environmental achievements include committing DAERA to planting 18 million trees within the next decade, offering £15 million support for Low Emission Slurry Spreading Equipment, and securing future rounds of the Environmental Farming Scheme.

There has been less progress on the TB front. However, his plan to tackle the disease is expected to be published imminently, having now completed its business case and final advice stages.

Poots has long hinted the plan will pave the way for wildlife intervention, potentially through a combination of culling and vaccination, but he has also previously warned it will also contain “things that farmers may not like”.