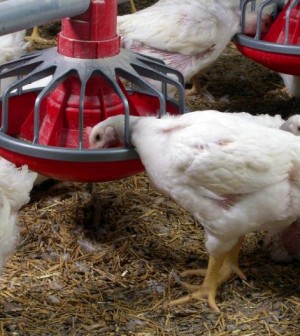 A case of non-notifiable avian influenza H6N1 has been identified in a broiler breeder farm in Co. Fermanagh.

While this is a less serious strain of influenza, which does not require further action by DAERA, Northern Ireland’s chief veterinary officer has urged bird keepers to maintain excellent biosecurity.

Dr. Robert Huey said: “A veterinary investigation has concluded and a case of non-notifiable avian influenza has been identified in a commercial farm in County Fermanagh.

“Movement restrictions were placed on the holding as a precautionary measure whilst the veterinary investigation was in progress.

The results received today confirm this strain was a non-notifiable avian disease of the subtype H6N1 and restrictions have now been lifted.

“Although this is a non-notifiable strain of the disease, it is a timely reminder to us all that avian influenza is a constant threat to all poultry flocks and how devastating it would be to our poultry industry should a notifiable case be confirmed in Northern Ireland.”

“The case, however, is a clear reminder of the threat that avian influenza poses to Northern Ireland’s poultry industry and I urge all poultry and backyard keepers, to continue maintaining high standards of biosecurity and to practice good farm hygiene at all times to protect their flock from infection,” he said.

There is always an increased risk of avian disease incursion in the winter from migrating birds with several confirmed cases in Europe over the last few months.

Dr. Huey continued: “These recent cases represent warning signals for all poultry keepers that must not be ignored including those keeping game birds and pet birds.

“All flock keepers regardless of size are urged to act now by maintaining good biosecurity at all times in order to reduce the risk of disease transmission to their flocks.

“In Northern Ireland, the risk to poultry remains low, however, I urge all bird keepers to remain vigilant and to alert DAERA if they suspect any signs of the disease in their flocks.”

Anyone who suspects an animal may be affected by a notifiable disease must report it to their local DAERA Direct regional office.

Signs that poultry keepers should look for in their birds include: an increased number of deaths; a swollen head; discolouration of the neck and throat; a loss of appetite; respiratory distress; diarrhoea; and fewer eggs laid – although clinical signs can vary between species of bird.

Further information on biosecurity and how to prevent disease is available here on the DAERA website.