Official: New-generation John Deere 7R Series is on the way

Now it's official; the company has released further details - ahead of a major launch at next month's Agritechnica show in Germany. Here, in this article, we focus on the new 7R models.

The new 7R Series includes a new flagship model - the 7R 330 (with a maximum power rating of 363hp or 373hp with Intelligent Power Management).

According to John Deere, the five-model line-up that will be available in the UK and Ireland comes with "a brand new cab with a wealth of eye-catching and luxury features". One of the most notable - apparently - is the so-called CommandPRO operating concept. 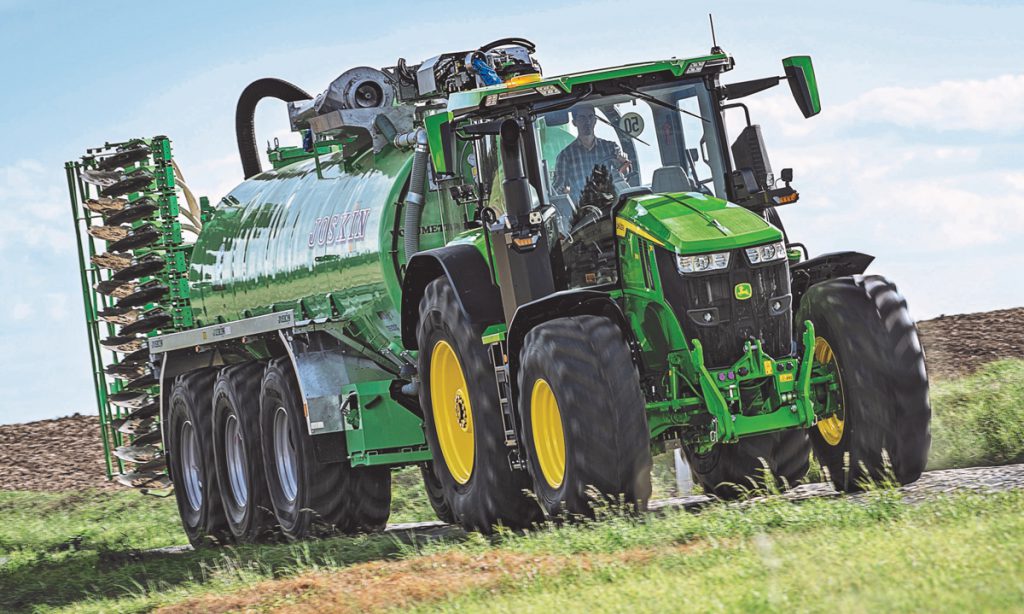 The cab is also home to a larger integrated fridge and, claims the manufacturer, a 60% more efficient 360° LED lighting system. 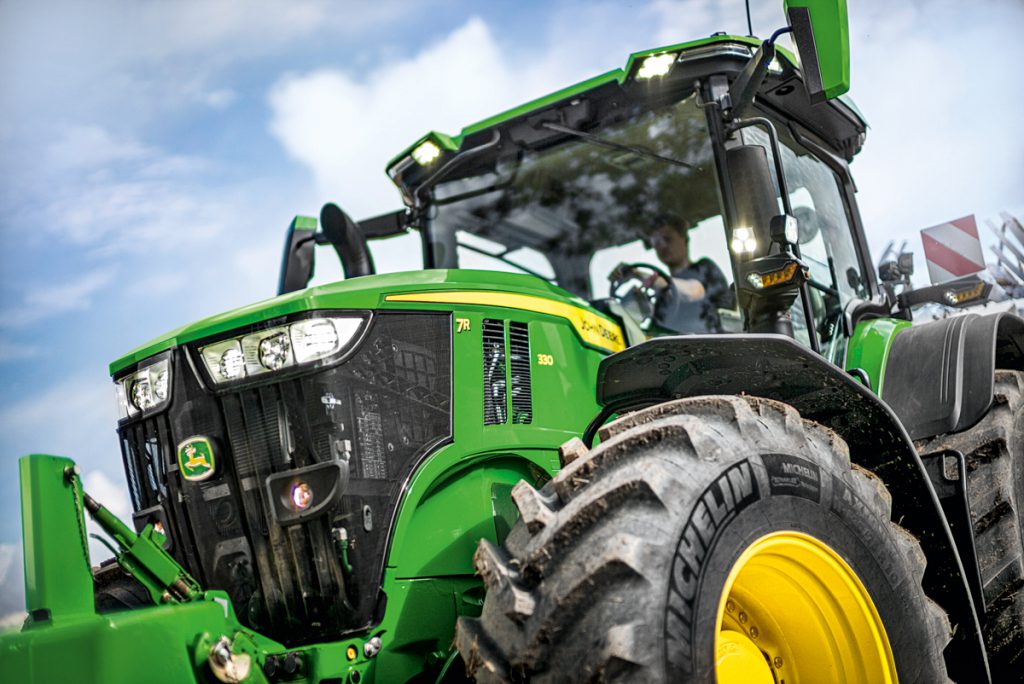 Further cab improvements - apparently prompted by customer requests - include a wider entry and lower-placed door handles, as well as a self-cancelling indicator. In addition, the air-conditioning system has been relocated under the cab.

A brand new feature is the 'AutoSetup' system. It supposedly makes it possible to download all field, machine and implement data required for individual jobs directly to the tractor. 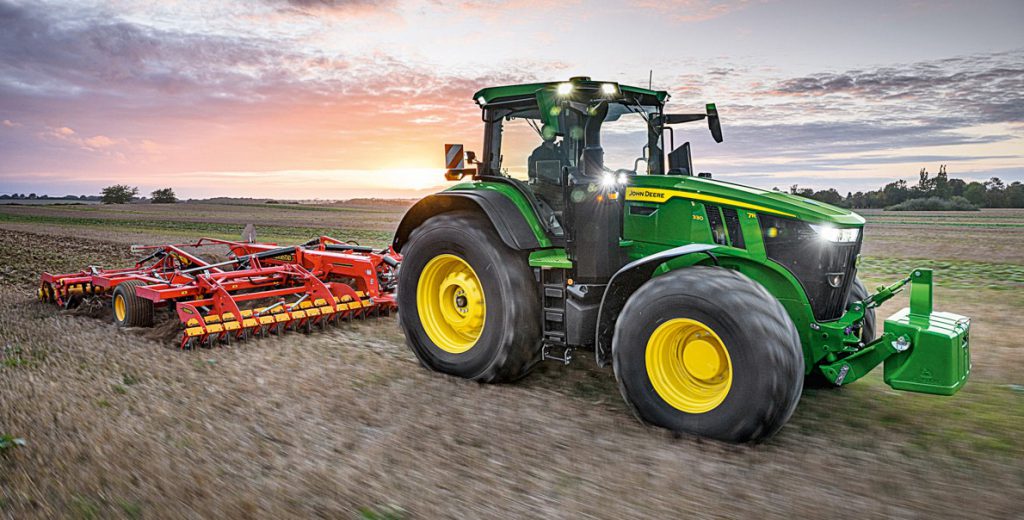 This, says John Deere, means the tractor is ready to use more quickly in the field, while "reducing the possibility of an incorrect set-up".

AutoSetup will be available shortly after the first of these new 7R Series tractors arrive in Europe in 2020.