‘One-fifth of EU goods checks carried out in Northern Ireland’ 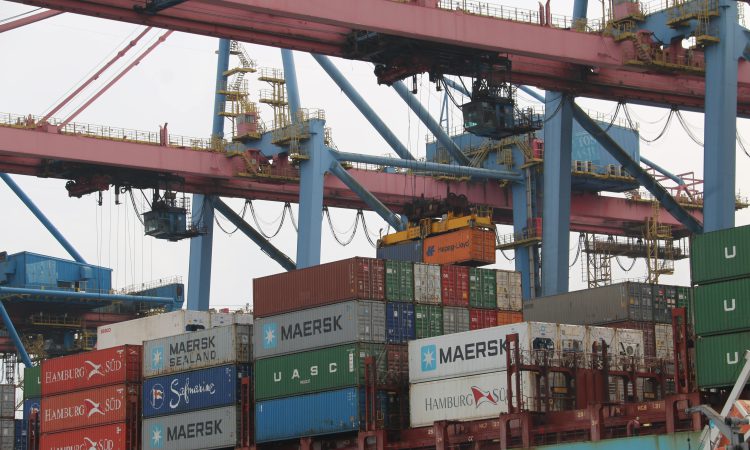 Around a fifth of EU documentary checks on goods are now carried out in Northern Ireland, according to the DAERA permanent secretary.

Speaking at the Stormont Agriculture Committee meeting on Thursday (March 4), Denis McMahon told members Department of Agriculture staff had been “stretched to the limit”.

The checks are required as part of the Northern Ireland Protocol, which requires certification on agri-food goods moving between Britain and the EU, as well as Northern Ireland.

Explaining how the number of checks had risen so high, McMahon told committee members that during the first two months of the year, a total of 57,486 freight units had travelled through Northern Ireland points of entry from ports in Britain.

“On average, a quarter of these have been carrying SPS goods, and of those SPS units, 71% are retail,” McMahon said.

As a result, a total of 13,629 documentary checks have been completed by DAERA staff in January alone.

“This has increased consistently since week one where we had just over 1,114 checks completed in one week,” McMahon said. “In the most recent week’s figures, the comparable number was 1,938 – just around 2,000 checks.”

Around 92% of these were for products of animal origin.

“By way of illustration, our population is under half a percentage of that across the European Union, yet the documentary checks – according to the systems included so far – would represent one-fifth of the equivalent documentation right across the EU,” McMahon said.

“This reflects the fact we are dealing with a domestic food production system and not bulk movements of international trade commodities.

We are handling a burden of work that is stretching us to the limit and which can only get less sustainable as we get beyond the Grace Periods.

Officials had also carried out more than 11,000 ID checks – where they check that the cargo carried matches the documentation.

A further 666 physical checks have also been completed – 10 in the first week, compared with 137 in week 8.

“It’s difficult to see how we could even source the numbers of officials needed to implement CHED certification needed by supermarkets based on the current model,” McMahon said.

Could technology provide a solution?

The permanent secretary explained work was underway to automate some of the processes in GB.

However, explained that there were still underlying principles that would need to be agreed before a technological solution could be actioned.

“For that approach to be genuinely useful there will need to be agreement with the EU that assurances can be provided through means other than paper documentation entered on to IT systems.

“But if we get this to work it can actually have benefits beyond Northern Ireland for other parts of the EU as well,” he said.