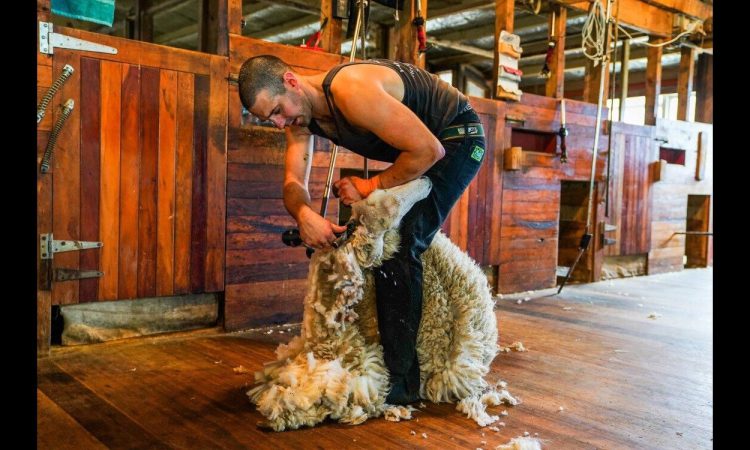 A professional shearer and English national team member, will attempt to break not only the nine-hour British lamb-shearing record but also the world record.

The record attempt will take place on Saturday, September 21 at Fern Hill Farm in Bristol.

Stuart set himself the gruelling challenge in memory of his daughter, Grace, who sadly passed away aged just three from Mitochondrial Disease a year and a half ago.

Stuart hopes his efforts will raise money which will be used to increase awareness of the disease and support suffers and their families.

Mitochondrial Disease is caused by mutations in the mitochondria which are present in every cell in the human body and are responsible for generating 90% of the energy needed for cells to survive.

Research into the condition is being carried out by ‘The Lily Foundation’, the UK’s leading charity for Mitochondrial Disease and is fighting the disease through research into its prevention, diagnosis and treatment, whilst also providing assistance to those affected by the condition.

To break the current British record, Stuart must shear in excess of 781 lambs and is being mentored by world-renowned professional shearer and nine-hour ewe world record holder Matt Smith.

He is also being trained by Matt Luxton, who was voted the UK’s most innovative fitness entrepreneur in 2012.

Stuart must undertake a completely different approach in his build-up to the record. For example, he will be constantly monitored for fluid intake and various other tests to ensure he is at the peak of his performance on the day to break the record.

He will complete the feat with support from Can-Am, a leading manufacturer of All Terrain (ATV) and Side-by-Side vehicles (SSV).

James Dalke, Bombardier Recreational Products (BRP) UK district commercial manager, said: “We are entrenched in the farming community and when we heard that Stuart was attempting this record and why he was doing it, we decided it was right for Can-Am alongside local dealer J.W. and T.J. Pearce to back him in this endeavour.

“Both monetarily and through the provision of a vehicle for him and his team to use during the event, to ensure everything runs smoothly on the day.

We know Stuart and his team have put in the hard work preparing for this record and we look forward to him putting in a performance that breaks the current record, whilst also increasing awareness of Mitochondrial Disease and the great work ‘The Lily Foundation’ is dedicated to research to help fight this disease for future generations.