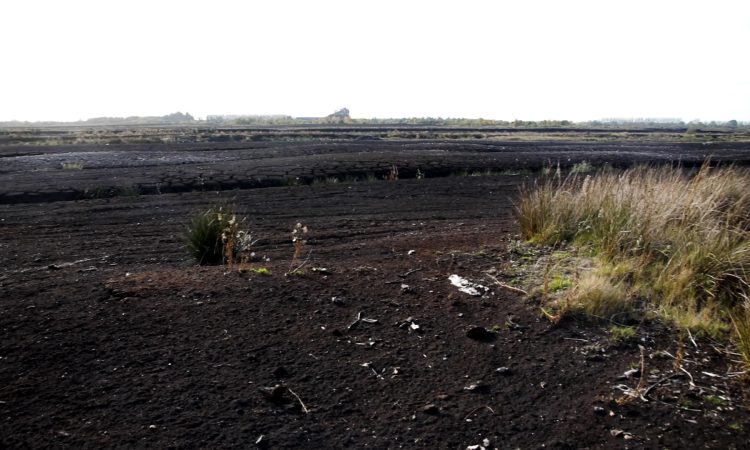 The Ulster Farmers’ Union (UFU) has aired its concerns over the economic effects of rewetting peatland in Northern Ireland as outlined in the draft Peatlands Strategy.

The union submitted its response to the Department of Agriculture, Environment and Rural Affairs (DAERA) Northern Ireland Peatland Strategy 2021-2040 consultation.

The Northern Ireland Peatlands Strategy 2021-2040 drafted by the Department of Agriculture, Environment and Rural Affairs is currently under consultation.

The strategy will also encourage government bodies and agencies to stop using peat by the end of 2022.

It will also seek to ban the use, import and sale of peat compost in Northern Ireland by 2025, and conduct a review on the potential for a ban on peat extraction on all publicly owned land by 2022.

UFU deputy president William Irvine said: “The Peatland Strategy that will be in place to 2040 is extremely important as peatlands are some of the most valued ecosystems on the planet and they have their own distinctive landscapes.

“We strongly believe that any new strategy relating to peatlands in NI, needs to be given great consideration, must be measurable and all proposals realistic.

Peatland areas play a hugely important role in the cycle of food production and the environment – they go hand in hand and have done so for thousands of years. DAERA must not dismiss this when they create a new policy.

“In relation to peatland restoration, there has been no costings detailed to the type of work DAERA believes needs to be carried out or where the money would come from.

“The UFU has made it very clear in its response that the funding must not come from the current Common Agriculture Policy budget.

Funding must be found from elsewhere if the government believes this is such an important public good – farmers and landowners cannot be the sacrificial lamb.

“Reading through the consultation, it’s very apparent that a lack of consideration was given from a horticulture perspective which is very worrying. The timeframe for many of the proposed changes seem unrealistic – DAERA needs to work much more closely with the sector.

“Another major issue is future legislation on turbary rights and peat extraction. Should DAERA feel that this needs to be put in place, no engagement or analysis on the impact of it has been carried out and it would remove the individual’s right to protect their own land as they see fit.

To move forward with the peatland strategy and ensure that appropriate measures are implemented, DAERA need to form a stakeholder group.

“It must involve farmers and landowners who are going to be at the core of any future restoration plans and DAERA need to seriously take their views into account.

“To date, this hasn’t been the case and the expertise of our members has been overlooked,” said Irvine.