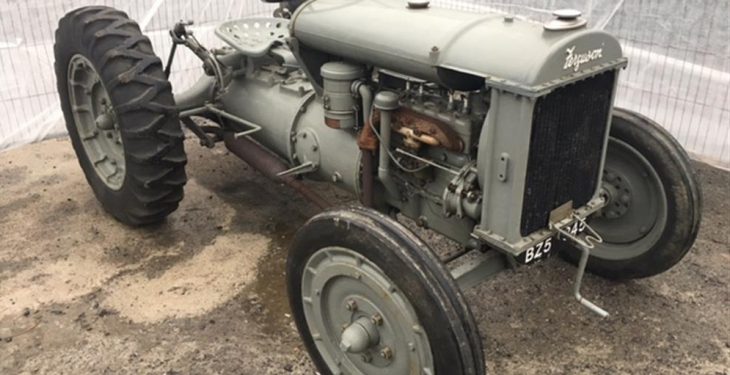 A collection of vintage machinery and tractors is expected to make £1m (€1.16m) at auction in the coming weeks.

The sale of the private collection of over 100 classic and historic tractors, as well as associated equipment, will take place at Euro Auctions’ site in Dromore, Co. Tyrone, on April 15.

Collected by John Flynn over the past four decades, the collection is believed to be one of the best in private hands.

The collection includes many historically important models from the 1950s and 1960s, as well as several pre-1940s examples, according to Euro Auctions.

All of the tractors have been restored where needed, are well maintained and are in full working order.

It is hoped the fact that the tractors have been stored in museum-like conditions will generate considerable interest from enthusiasts and collectors from around the globe.

“Over the past 40 years John Flynn has spent thousands of hours scouring the world, spending tens-of-thousands of pounds, to assemble this unique collection, in what became a life-long passion.

John has now decided to put everything up for sale – all as unreserved individual lots in a single-day event.

“Whilst his interest in heritage tractors has not waned, increased business interests in Asia have resulted in him deciding to sell this vast collection.

“This means that some of the rarest and best examples will now become available for others to own, care for and preserve for future generations to enjoy.

“This is a unique private collection, which includes many historically important tractors,” Keys said.

This BZ 5845 is an example of the Ferguson Brown Type A from 1938, with its Coventry Climax engine. This tractor also comes with its original log book.

There is also a rare Ferguson prototype that was found dry-stored in barn in Co. Wicklow in the 1980s.

It is believed the tractor was a gift from Harry Ferguson to a former employee at the Banner Lane factory, in Coventry, England, upon his retirement.

There is also a rare 1943 Ford Ferguson Funk on offer, which was based on the original N series of tractors. This is a 6-cylinder petrol version, modelled on the Ford flathead 87HA engine.

There are also several other 9N tractors in the collection, in classic grey livery, along with two post-1948 8N variants with their distinctive red and grey paint.

Also up for grabs will be a 1950 Allgaier R22 tractor, with a single-cylinder water-cooled Kaeble engine.

German built, Allgaier was taken over by Porsche soon after this model was introduced and the Porsche 2-cylinder engine replaced the Kaeble unit.

There will also be several examples of the Porsche Junior 108 tractor going under the hammer on April 15.

Manufactured between 1952 and 1963, the Junior was powered by an air-cooled, single-cylinder diesel engine producing 14hp.

This model was produced from 1961 to 1965 using an 8.3L six-cylinder, water-cooled, diesel engine and 5-speed transmission.

Other lots in the collection include some tractors from David Brown, Deutz and Fordson. There will also be some Ford Jubilee models.

Who is John Flynn?

The owner of the collection, John Flynn, developed a love of tractors as he grew up on the family farm in Co. Sligo.

In the mid-1960s, he emigrated to the UK to work in the construction industry.

As the years progressed, Flynn had numerous employees and machines in the business. These were busy on various main-line water, sewerage, road and gas works across the UK, as well as on house building projects.

During his time in the UK, he started buying and restoring various classic tractors.

In later life Flynn was based in London and the US, where he continued to maintain and add to his tractor collection.

He sourced tractors from throughout the UK, the US, Canada, Germany, France, Scotland, Ireland and other locations around the globe. 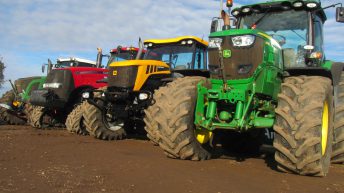 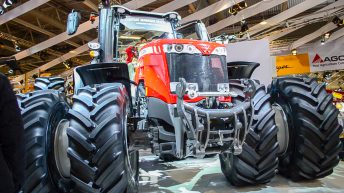