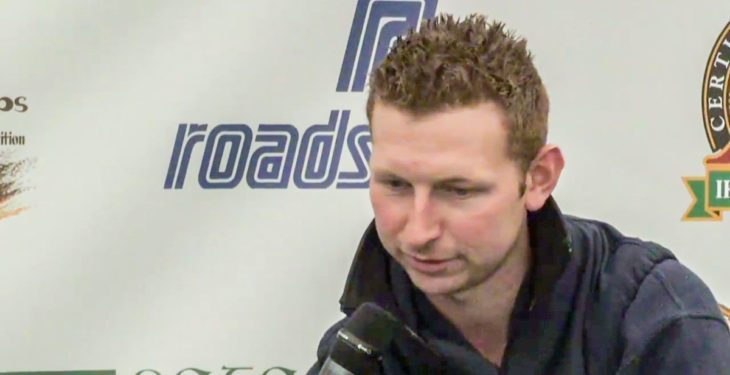 A young ploughman who battled Leukemia has been nominated as Northern Ireland farming’s ‘Unsung Hero’.

Speaking as part of AgriLand’s three-day live broadcast from the National Ploughing Championships, Andrew Gill (25) told of how he was “shocked” to hear he had been nominated and recounted his battle with the aggressive form of cancer.

Co. Down man Gill is one of the region’s top ploughmen. Earlier this month, he was placed third overall in the under-28 section the National Ploughing Championships.

“It was a big shock when someone phoned me and said you’ve been nominated for the ‘Unsung Hero’ award. I’ll see what comes out of it – hopefully I will get enough votes,” he said.

In 2015, he was the Northern Ireland under-25 champion, a title he has won almost every year since he started ploughing aged 13.

The same year he was also runner-up in the under-28 class at the National Ploughing Championships and took home the silver medal from the 2015 6 Nations Ploughing Contest in Scotland.

He also won the 2015 visitors’ class at the National Ploughing Championships.

After a year where Gill’s illness left him too sick to compete, taking part in this year’s National Ploughing Championships marked one of the biggest milestones in his return to competitive ploughing.

On June 14, I was diagnosed with Acute Myeloid Leukaemia. It was a big shock to me and my family. I was put into hospital and went through four sessions of chemo – I’m only really getting out this year,” he said.

“I’ve just been building myself up with wee bits and pieces and building myself up in the gym with a health programme. Just getting my health back to normal has been a task, but your health is your wealth I suppose, and I’m just glad to be back out ploughing.

“I’d just like to thank everybody for their support. I really appreciate the work of the Friends of the Cancer Centre and I am really proud of everyone who has worked so hard to raise money for them.”

His friends in Listooder Ploughing Society and Young Farmers’ Clubs of Ulster have worked hard to raise money for the charity.

His club Moneyrea YFC raised a staggering £21,000 at its tractor run last year.

And earlier this year, Listooder and District Ploughing Society raised £8,000 with a match in January.

But battling the aggressive cancer didn’t stop Gill from following the ploughing.

“Last year the world match was in England. When I booked it, I was looking to go for a week as a holiday – I wasn’t going to be able to go because of the plane and the hygiene because my blood levels were so low. [In the end] I got a private helicopter and flew in on the Sunday,” he told AgriLand’s live show.

“It landed just about they were about to start ploughing; everybody is looking up at you waving and then I step out with a big wave. Everybody was running over to the helicopter to get photos.”

Ploughing is in Gill’s blood; his granddad, Martin is a former Northern Ireland champion who used to plough using horses, and his dad, William, is a Northern Ireland vintage ploughing champion.

Also short-listed for the award was John Jardine. The Ballyroney Simmental breeder has been fundraising for the Southern Area Hospice for more than 10 years.

John and his wife Julie lost their daughter Helen 10 years ago after she was diagnosed with cancer.

The winner will be picked by members of the public who can vote by post or text.

The winner will be announced on October 19 at an agricultural awards ceremony in La Mon Hotel and Country Club. 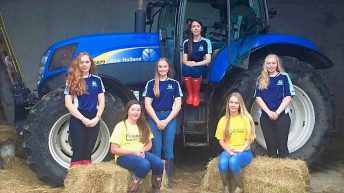