Potash and nitrogen interactions are key to crop growth 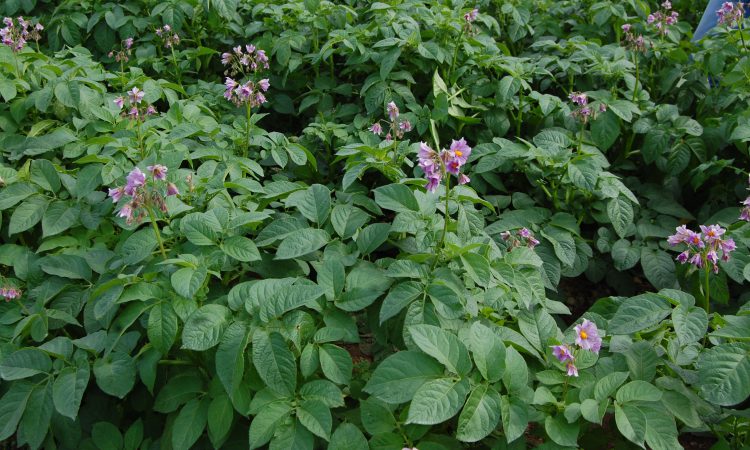 Potash and nitrogen (N) interactions have been shown, over many years, to be key determinants of crop growth and final yields. According to the Potash Development Association (PDA), a response by a crop to one nutrient being dependent on an adequate supply of another nutrient is known as an interaction between the two nutrients.

Where such interactions occur, there is no point in saving on one fertiliser input if this affects an important aspect of crop growth, which limits the effect of another fertiliser input. If N is used inefficiently, not only is this a financial cost to the grower but there is also the risk that any excess unused fertiliser N lost from the soil can have undesired adverse effects on the environment.

Uptake of nitrogen in crops

Experiments carried out at Rothamsted Research in the UK confirm that the plant-available, or exchangeable potassium (K) status of a soil has a considerable influence on the uptake of nitrogen (N) by crops.

Yield response to applied fertiliser N is decreased when the exchangeable K content of a soil is below a critical target level. Where such interactions occur, there is no point in saving on one fertiliser input if this affects an important aspect of crop growth which limits the effect of another fertiliser input. And if N is used inefficiently, not only is this a financial cost to the grower but there is also the risk that any excess unused fertiliser N lost from the soil can have undesired adverse effects on the environment.

The interactions between N and K on crop growth and yield that are seen at the agronomic level can be explained by their effects and interactions on the growth processes within the plant at the tissue and individual cell levels. Knowing how these interactions within the plant control its growth makes it easier to understand why it is important to have sufficient exchangeable K in the soil.

Maintaining an adequate level of soil potassium over the long-term is important because on potassium deficient soils, it is difficult to distribute fresh potash fertiliser sufficiently evenly throughout the rooting zone in the season it is applied, for the roots to access enough potassium to produce optimum yields.

Advertisement
The primary processes involved in growth and dry matter (DM) production, such as photosynthesis and protein synthesis, upon which final yield depends, occur within individual cells and tissues. Although individual cells are extremely complex and often highly specialised to perform different functions, they can be visualised simply as an expandable cell wall enclosing a central space, the vacuole, containing an aqueous solution.

Because it is largely composed of water, the vacuole has an important role in the water economy of the plant and it acts as a ‘general storage compartment’ for nutrient ions, like potassium, phosphate and magnesium and other solutes like sugars.

The vacuole of a mature cell comprises more than 80-90% of the total cell volume and contains most of the plant’s water. The volume of water contained within cells increases considerably as cells expand (e.g., a two-fold increase in cell length, approximately results in an eight-fold increase in cell volume and quantity of vacuolar water). This has implications for the K requirement of the plant because the forces (or turgor pressures) required to power cell expansion are ultimately generated by the concentrations of osmotic solutes within the vacuole, and K is the major osmotic solute.

One major determinant of growth and a prerequisite for large yields in most tillage crops is the rapid expansion of the leaf canopy in spring, which allows it to fully capture the sunlight energy required to convert carbon dioxide (CO2) first to sugars and then into DM.

Nitrogen is a major driver of leaf canopy expansion, which it does by increasing cell division and cell expansion. This large, nitrogen-induced increase in cell number and volume, and the consequent changes in cell water, requires a corresponding increase in the uptake of potassium to maintain the osmotic concentrations of leaf tissues (which otherwise will become diluted) at an effective level to maintain turgor. Much of the total N and K required by crops is therefore taken up to sustain development and expansion of the leaf canopy during the early months of growth.