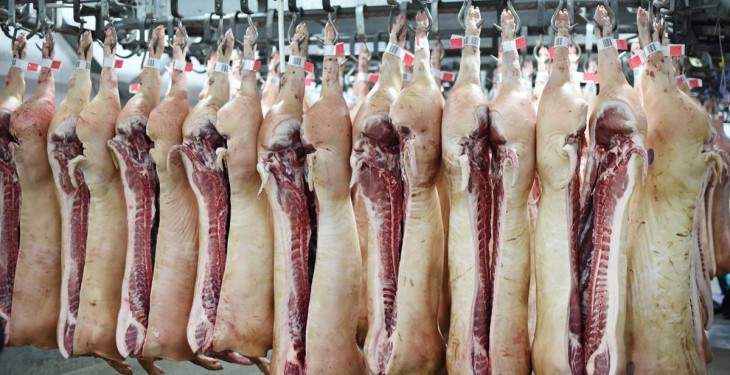 Prime pig prices have started to come under some seasonal pressure, with the GB Standard Pig Price (SPP) gradually falling.

Deadweight prices steadied at 150.5p/kg in the first half of July, before edging downwards to end the month at 150.3p/kg, according to the latest market analysis by Quality Meat Scotland (QMS).

According to Iain Macdonald, senior economics analyst with QMS, traditionally pig prices rise towards an annual peak in the summer and then slide through the third quarter of the year.

“On average, prices were 3.3% higher in July than at their year-to-date low point in March. Last year, prices rose by 10% from their low in late February to their peak in late July,” said Mr Macdonald.

Prices have gone from a 3% year-on-year decline in March to be 9% lower in July.

“Unfortunately for producers, this has come at a time when tight global grain supplies have pushed up feed costs significantly, squeezing margins,” he added.

Both the slower seasonal upturn from spring to summer and the shortfall in prices relative to last year signal a well-supplied market.

“Coupled with a small increase in carcase weights, this has pushed up prime pigmeat production by 4.6%,” he said.

“Furthermore, the seasonal fall in production between the January to March period and April to June was smaller this year.”

Looking at demand, the latest GB household consumption figures from Kantar Worldpanel show that although households spent 1.1% more money buying pork than a year earlier in the 12 weeks to May 20, higher prices meant that this secured a 3.7% smaller volume.

“More households bought pork and bought it more frequently, but, on average, they spent 1.9% less and bought a 6.6% smaller volume on each trip to the store,” Macdonald said.

“However, sales volumes for some processed pigmeat products did show growth, reflecting general changes in food consumption trends amid ever-busier lifestyles; though sales of sliced cooked deli meats did fall back,” he added.

Looking at EU-level, total pigmeat production grew by 5.9% over last year in the first four months of 2018.

However, observed Mr Macdonald, with EU exports flat year-on-year in the opening five months of 2018, the additional supplies left on the EU market have pressured farmgate prices, leaving the EU average down 15% year-on-year in July.

In addition, it was 16% below the UK average price, compared to 8% in July 2017, making UK pigmeat priced less competitively this year.

Looking further afield, the Chinese market accounts for almost half of global pigmeat consumption and a well-supplied market saw Chinese wholesale prices fall by more than 40% between their 2016 peak and May of this year.

Reflecting this, EU exports to China/Hong Kong were 9% lower in the first five months of 2018 than a year earlier, and 28% below their 2016 peak.

In addition, EU pigmeat faced strong competition from the US in early 2018, but this situation has now changed.

“President Trump’s imposition of tariffs on aluminium and steel imports to the US in the spring led to retaliation by the Chinese authorities, who raised import tariffs on US pigmeat at the beginning of April,” said Mr Macdonald.

“This left most shipments of US pork facing a 37% tariff, compared to 12% for other suppliers and by May, these tariffs had begun to bite,” said Macdonald.

Having increased pork exports to China by 4% year-on-year in the first four months of 2018, US shipments to China contracted heavily in May, down 46% to 9,200t. Since then, the Chinese authorities have raised tariffs on US pork even further, to 62%.

“This should support the competitiveness of UK and EU pork on the Chinese market in the second half of 2018, at a time when pigmeat production is expected to continue rising in the UK and across much of the EU,” said Macdonald.

“On an optimistic note, market prices in China have shown some recovery, rising by 12% between late May and the end of July, suggesting that supply has tightened and imports may need to lift once again. If this is the case, UK and EU processors are well-placed to supply them,” he added. 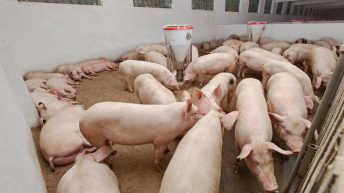