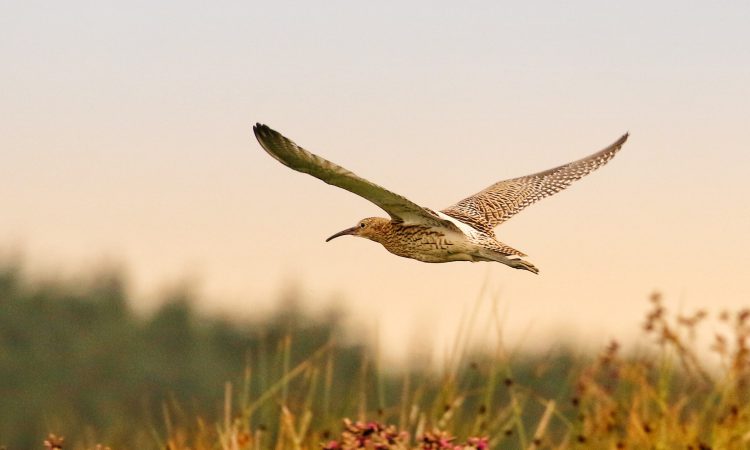 Swifts, puffins and kestrels have been identified among the birds most at peril as a new cross-border report shows a quarter of birds across the island are now ‘red-listed’.

The new ‘Birds of Conservation Concern in Ireland’ report was compiled by nature conservation charities RSPB NI and BirdWatch Ireland and shows that curlews and corncrakes are now at risk of extinction in Ireland.

Kittiwakes kestrels and razorbills are also newly red-listed, but in more positive news, robins have gone from amber to green.

A total of 23 bird species have been moved on to the red list – meaning they are species of highest conservation concern – according to the report published in Irish Birds, BirdWatch Ireland’s annual scientific journal, this week.

It’s the fourth review looking in detail at the status of birds in Ireland with the last published in 2013, covering 2014-2019.

Birds of Conservation Concern in Ireland

The Birds of Conservation Concern in Ireland study uses a ‘traffic light’ system to indicate the conservation status of bird species by placing them on three lists:

Upland and farmland birds most at risk

There has been a further decline in wading birds, with six more species (including snipe) joining the red list. Lapwings are another wading bird that has suffered declines.

When grouped by habitat, upland (50%) and farmland (35%) bids have the highest proportions of red-listed species. The report explained swifts are now red-listed due to a decline in their breeding population.

The kestrel, known for its characteristic and hovering flight, is also now on the red list.

The report claimed changes in land use and in farming practices have affected their prey, adding that it was also possible that secondary poisoning had taken its toll.

Despite all the bad news, there are some positives, with 64 species remaining on the green list. Tufted ducks, wigeons and pintails have all moved down from the red list to the amber list, while great spotted woodpeckers have expanded their range across Ireland.

RSPB NI principal conservation scientist Gillian Gilbert said: “It is extremely alarming to see a quarter of bird species on the island of Ireland now on the red list.

“It’s sad to see swifts and kestrels, among other species, facing such declines, while anyone who has visited the Rathlin West Light Seabird Centre will know and love the puffins, kittiwakes and razorbills on the sea stacks and should rightly be concerned that they are now on the red list.

“Because these seabirds are doing poorly across Europe and indeed across the world, this makes the birds we have across the island of Ireland crucially important and we need to do everything we can to protect them.

“Natural ecosystems globally face a myriad of pressures including climate change, habitat loss and pollution, but this report shows how nature here is in trouble. Therefore, support for our work and our campaigns calling for targets in law to revive our world are more important than ever.”

Lesley Lewis of BirdWatch Ireland said the island’s birds were at a “tipping point”.

“We need a combined multilateral approach from all sectors including agriculture, forestry and fisheries, with a strong lead from governments,” she said.

“We know from many locally-led projects that habitat protection, restoration and creation can make huge differences, so there is hope that the current trends can be reversed; if not, what will the next assessment in five years show?”