Gimmers hit a new centre record average of £1,327.03 at the English National Texel Sale, Worcester, with a joint centre record top price of 16,000gns achieved on a day that saw an 89% clearance.

Heading up the prices at 16,000gns was the female champion from the pre-sale show from Robbie Wilson’s Milnbank flock, Turriff (pictured top).

This one was subject to intense bidding before being knocked down to Messrs Boden and Davies for the Sportsmans flock, Cheshire.

The same buyers also took the second top priced lot at 5,500gns. Selling this gimmer were WT Davies and Co of the Canllefaes flock, Cardigan. Sired by Brackenridge Yonder, this gimmer, DWC1701470, is out of a Scrogtonhead Pioneer daughter.

Next best came a brace of 4,000gns bids for gimmers from Usk Vale Pedigrees. First at this price was UVP1702848, an ET bred daughter of the 35,000gns Strathbogie Ya Belter out of a dam by Baltier Panther. She sold to Henry Summerhayes, Somerset. 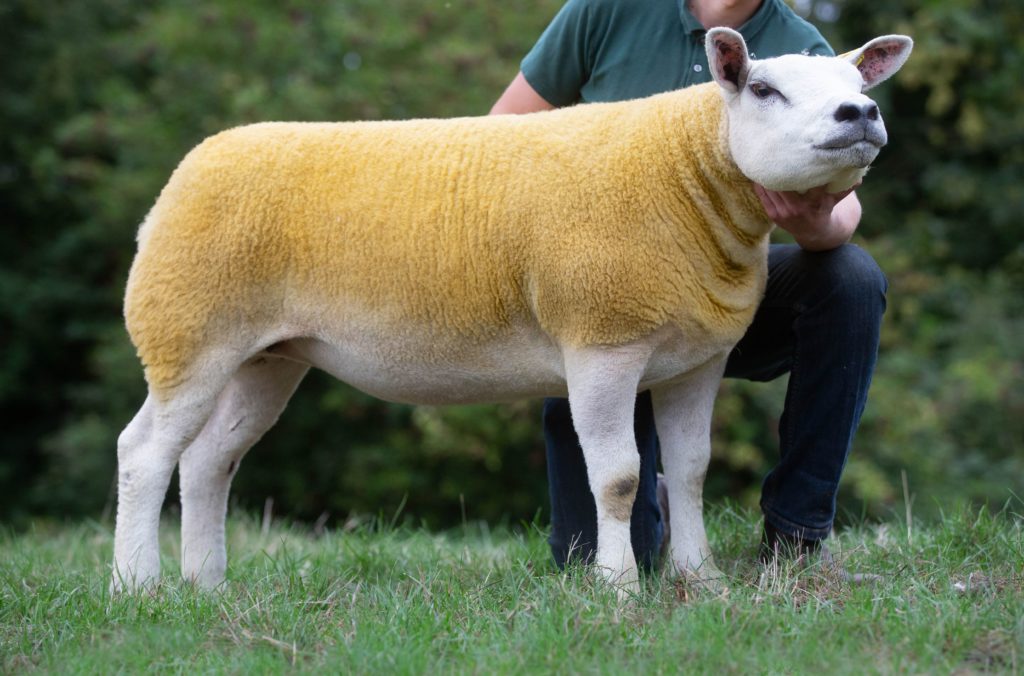 Second at this price was UVP1702834, a full ET sister to the first, with this one finding a new home in Shifnal, Shropshire, with Paul and Christine Tippetts. 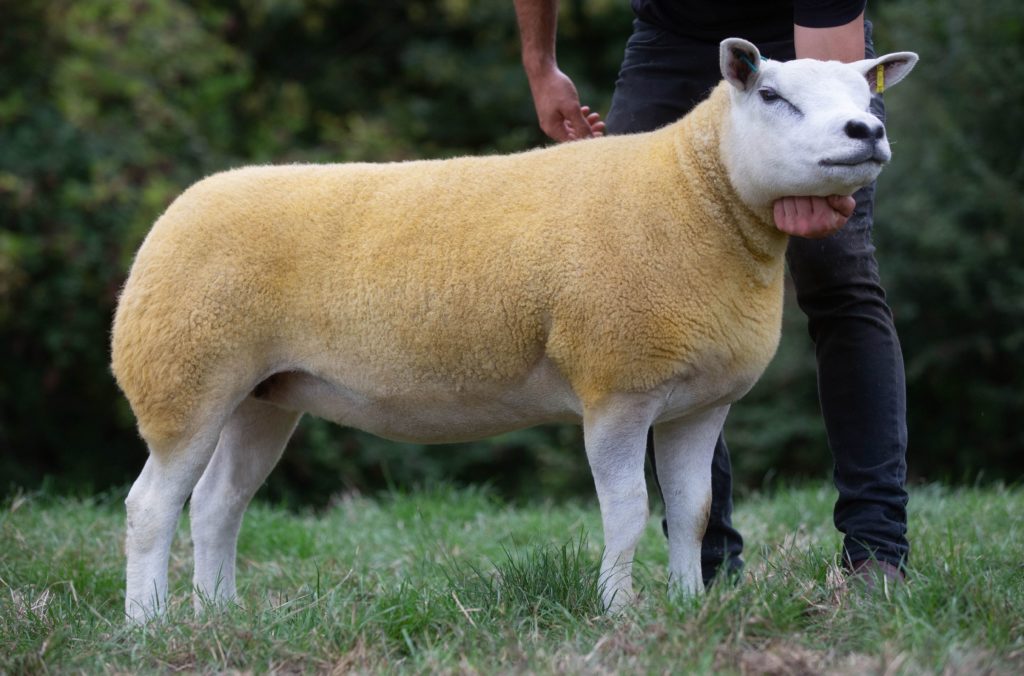 Three then followed at 2,000gns, with the first being from David Gray’s Tima flock. This was GCT1707283, an Ettrick Wagon Wheel daughter out of a dam by Ettrick Urgan Legend with an index of 326. She sold to Charlotte and James Nicholson, Duns, Berwickshire.

Following at the same money was ISJ1701580 from Jim Innes’ Strathbogie flock. This ET bred gimmer is by Halbeath VIP out of a dam by Strathbogie Terminator and also headed to Preston with Mr. Mason.

The last one at this price was from the Clark family’s Clarks pen, DCX1704857, a Fordafourie Young Star daughter out of a Springwell Ulsterboy daughter. Selling with an index of 380 she sold to James Theyer, Oxfordshire, for the Clanfield flock.

The second from the champion’s pen, LYM1702475, from Robbie Wilson then sold at 1,600gns, with this being a Halbeath VIP daughter out of a Strathbogie Untouchable-sired dam. She sold Peter Vaughan, Kingsland, Leominster.

The auction was conducted by McCartneys.

Meanwhile, in the ram sale, a top call of 8,000gns and a clearance rate of 77% were the highlights of another successful English National Texel Sale at Worcester, with 171 ram lambs levelling the day at £1,140.45. 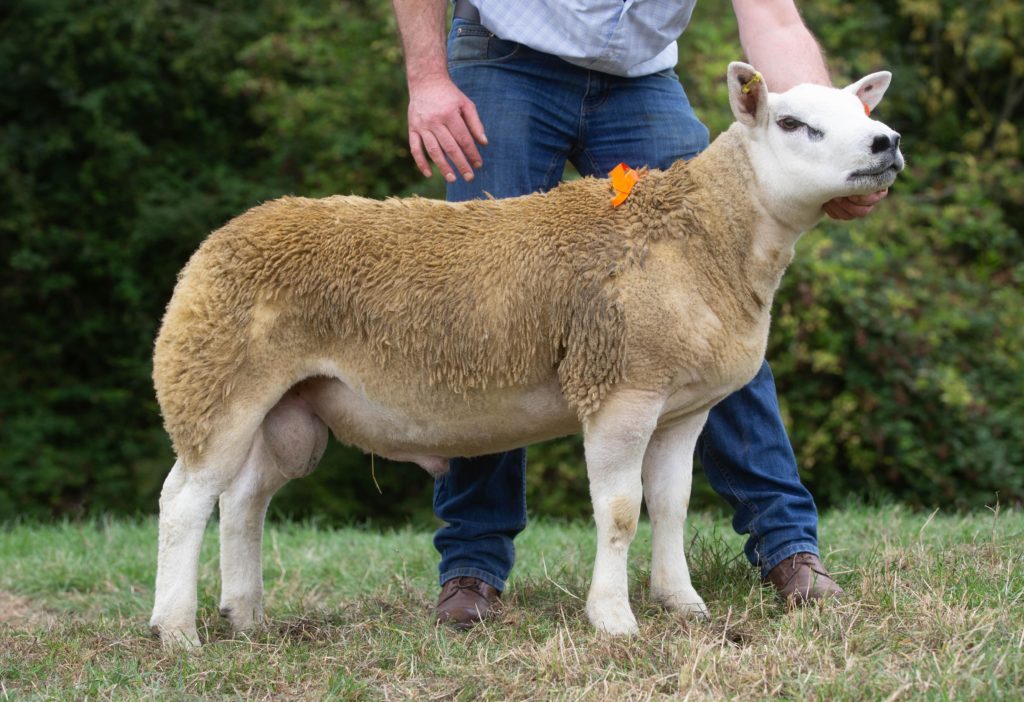 Leading the prices was a lamb from Robert Laird’s Cambwell flock, Lanarkshire. Cambwell Boss Hogg, a son of the homebred Cambwell Aristocrat out of a dam by Cambwell Trademark and selling with an index of 462 sold for 8,000gns.

This one fell in a three-way split to Vaughan Farms, Kingsland, Robert Bennett, Plasucha and Nick Legge, Thornbury.

Second best at 7,000gns was Scotsman Bullseye from Scott Michie. This one had stood reserve champion in the pre-sale show and is by the noted Duncryne Uber Cool and out of a dam by Oberstown Usain Bolt.