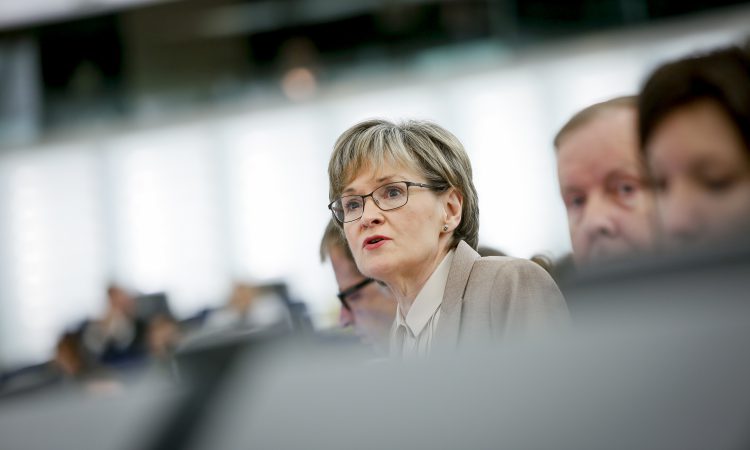 The rules of origin “exist and are as they are – Brexit is the problem”, according to European Commissioner Mairead McGuinness.

This week, challenges facing the Irish whiskey and dairy products with inputs from Northern Ireland in accessing the benefits of EU free trade agreements (FTAs) following Brexit were highlighted.

Three associations representing the all-island Irish dairy and whiskey sectors in both the Republic of Ireland and Northern Ireland are calling for urgent change to EU trade policy to protect cross-border supply chains.

The Irish Whiskey Association, Dairy Industry Ireland and the Dairy Council for Northern Ireland said that since January 1, 2021, a range of Irish whiskey and Irish dairy products which are deemed to be produced in this state, have lost their EU originating status under all EU trade agreements with markets around the world.

Rules of origin ‘are as they are’

This is because rules of origin in EU FTAs do not currently recognise inputs or processing from outside of the EU, and have included Northern Ireland in this designation, despite the free movement of goods within the EU under the Ireland/Northern Ireland Protocol.

In addition, FTA rules on ‘territoriality’ mean Irish whiskey produced in this state, but bottled in Northern Ireland could also, in certain cases, lose out on originating status.

As a result, impacted Irish whiskey and Irish dairy products have lost their access to lower or zero preferential tariffs under certain EU trade agreements with markets around the world, the associations say.

Speaking at the Seanad Brexit committee meeting this week, Mairead McGuinness described Brexit as “a fragmenting event – and there is no upside”.

“Brexit has caused so much disruption, including to this all-island dairy market, which has developed over time because Northern Ireland doesn’t have sufficient processing capacity,” she said.

“This a point there has been a lot of representation on – I would still say the rules of origin are as they are and changing those is problematic.

“Perhaps when the withdrawal agreement was signed, the UK government didn’t take the opportunity of the time between that and Brexit happening to help the market players adjust.

“The Irish government did; and some of the messages for Irish supply chains were difficult, but at least the message was given out. I think in the case of Northern Ireland, that didn’t happen; and I think that does need to happen.

“But that’s why we allowed for grace periods. If grace periods are to be extended, the best and only way to do that is in discussion – an agreed solution.

“I think when you do something unilaterally, it just doesn’t help us to move forward, because what that does is raise concerns that this is maybe a way the UK intends to continue.

“There is a real worry at EU level should that be the path the UK chooses, then we have to really examine how we deal with them.”

June 23, will mark the five-year anniversary of the UK’s referendum to leave the EU.

McGuinness feels that “as good a result as was possible” from Brexit was achieved: “comprehensive access to the UK market with zero quotas and zero tariffs, alongside a robust level playing field”.