Rural crime in numbers…how was your area affected?

A startling report published today shows the cost of rural crime has risen to its worst level in four years with the highest rate of increase since 2010 - but just what areas are the worst affected, and what items are thieves most likely to eye up?

Quads and ATVs (All Terrain Vehicles) are disappearing from farms in large numbers – thanks to being easy to transport and lack of registration plates.

The mutual advises that marking and tracking devices are the most effective security measures, once basic measures such as keeping vehicles out of sight and secured have been addressed.

Thieves are increasingly cloning the identity of tractors to make detection more difficult;

‘Ewe Hostels’ which provide secure housing for sheep seized by police while investigations are made, are being funded by NFU Mutual. 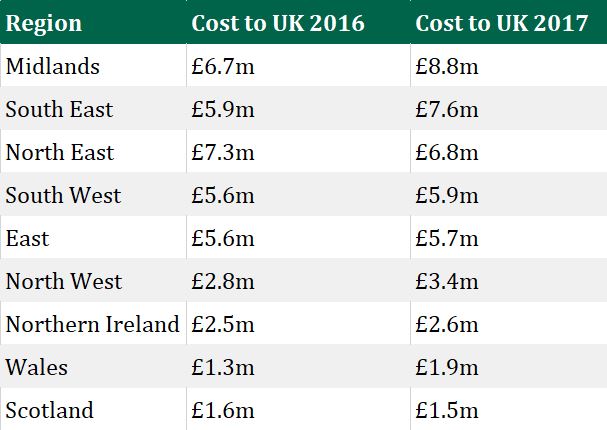 Across the UK, the cost of rural crime has risen most sharply in Wales, where it is up 41% on the previous year, followed by the Midlands which is up 32%, while the South East has seen a rise of 30%.

The cost of rural theft in Scotland has fallen 3.8%, while the North East is the only English region showing a fall, down 6.5%. 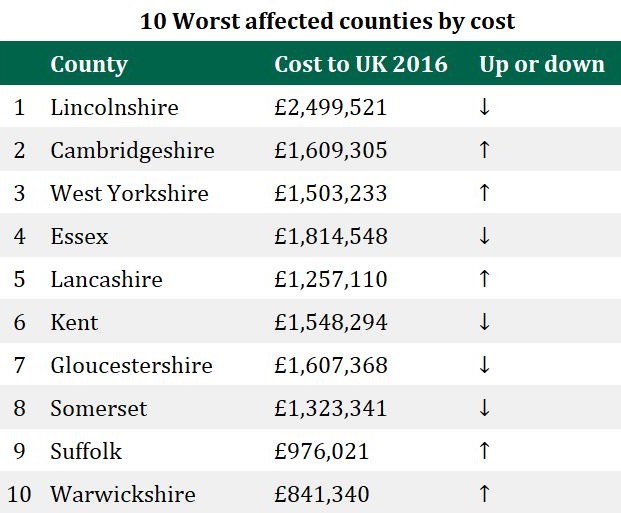