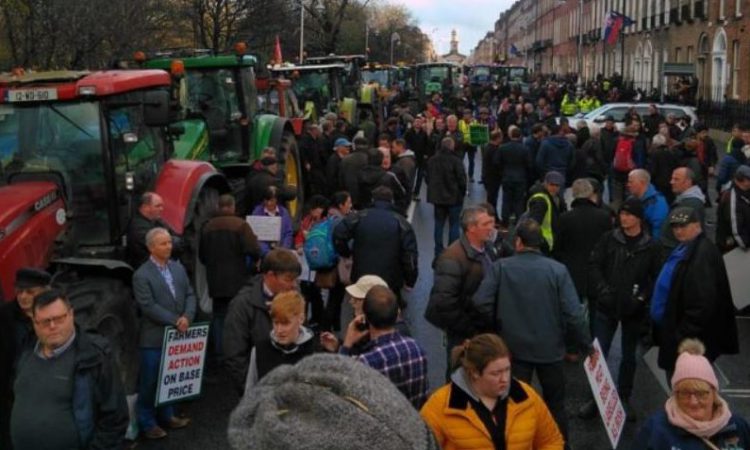 Speculation is rife that a farmer protest is being planned to take place outside a retail distribution center on Wednesday night, January 1, 2020.

It is understood the protest is being arranged to take place outside a Dunnes Stores retail distribution centre in Dublin.

A message circulated on a number of WhatsApp groups explained that Dunnes is the target of the protest because it is the “only” major Irish retailer that has not agreed to take part in the Beef Market Taskforce talks which are due to resume on January 9.

The message circulated to farmers was as follows: “Assistance required [on] Wednesday night from midnight to protest outside [the] Dunnes distribution centre in Dublin.”

Continuing, the message added: “They are the only retailer to have not responded to take part in the taskforce talks on Thursday, January 9.”

The message concluded by asking recipients to let it be known if they are available to take part and to also “let others know”.

It appears that no particular farm group is organising the protest and – as seen in the first tractor protest in Dublin – it seems the protest is being arranged by ‘individual farmers’.

Speaking to AgriLand, one farmer who confirmed they would be attending the protest said that the threat of protest would be “removed” if the retailer gave confirmation it would attend the Beef Market Taskforce talks.