Surge in southern cattle being sent to factories in Northern Ireland 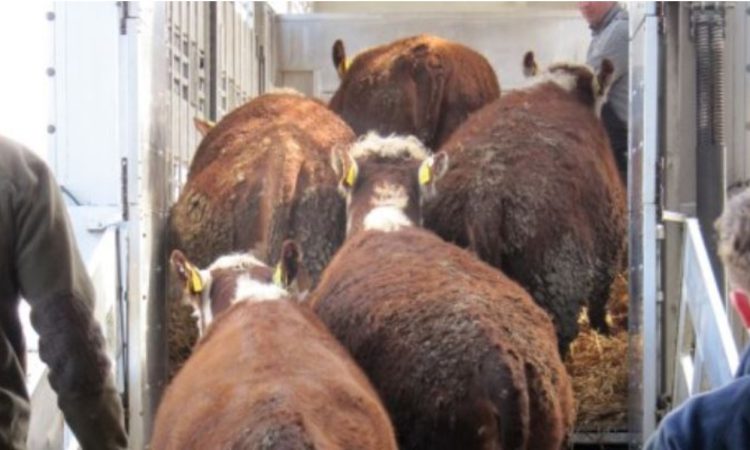 Imports of cattle from the Republic of Ireland into Northern Irish meat plants have surged in recent times with numbers up more than 450 head last week compared to the same week in 2019, according to Northern Ireland’s Livestock and Meat Commission (LMC).

This was similar to the previous week and well above the 6,072 prime cattle processed in local plants during the corresponding week in 2019.

Cow throughput in Northern Ireland last week totalled 2,095 head, up 217 head from the previous week and higher than the 1,847 cows processed in the same week in 2019.

This is an increase of 458 cattle year-on-year.

A further 291 cows were imported last week from ROI for direct slaughter in NI plants and accounted for 13.9% of the total cow kill, the commission reported.

Meanwhile exports from NI to ROI last week consisted of one steer and 14 cows while for the 12th consecutive week reports indicate no cattle made the journey to Britain for direct slaughter, the LMC noted.

The LMC highlighted that NI deadweight trade for cattle last week continued to improve in response to the tightening in cattle supplies. The majority of grades generally increased by 2 to 5p/kg from the previous week.

The differential in the R3 steer price between Northern Ireland and Britain widened by half a penny to 6p/kg last week.

The differential in R3 heifer prices between Northern Ireland and Britain last week widened by just over 3p/kg to 6.1p/kg when compared to the previous week.

Meanwhile, the LMC noted that the deadweight trade for prime cattle in ROI came under some pressure last week with a strong increase in prime cattle throughput recorded.