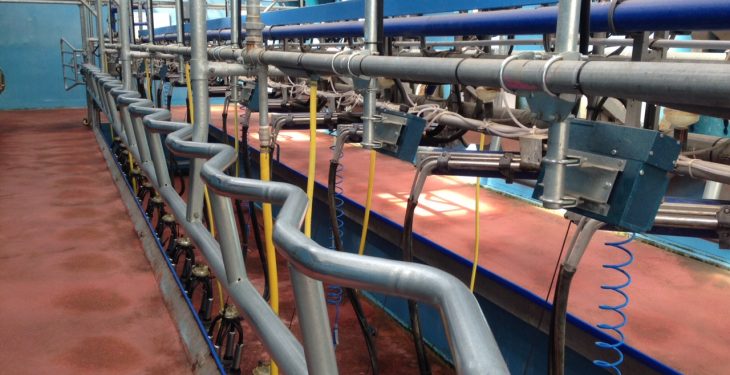 Dairy farmers in Northern Ireland have voted in favour of strike action if dairy processors do not increase milk prices, according to the coordinator of Northern Ireland Farm Groups (NIFG) William Taylor.

The vote took place on Monday night, November 14, at a ‘Milk Price Crisis Strike Meeting’ organised by the NIFG in Cookstown, Co. Tyrone.

The meeting was attended by over 250 people and represented a good cross section of dairy farmers from all over Northern Ireland, Taylor said.

“We had a good mixture of men and women. Both the young and the old are fed up to the back teeth with the situation at the moment,” he said.

Following a discussion of the pros and cons of a milk strike, all but three people present at the meeting agreed that a strike was necessary if current milk prices continue, he added.

The vote came with the decision that it was [up] to the panel of the NIFG. We now have the mandate to strike before Christmas.

“We are now seeking a meeting with dairy processors and we are asking them to do the decent thing by their members.

“It’s time to play hard ball with these guys, they have abused the situation for long enough. Depending on when a meeting is confirmed we will assess how much of a milk price increase is needed,” he said.

If dairy processors refuse to engage in meetings with the NIFG in the near future, then a milk strike will happen before Christmas, Taylor said.

“A message we have been trying to get across to our members is that the processors are not on their side. The people managing them are on massive salaries and are not accountable to their members.

“If a strike goes ahead we will ask dairy farmers to keep their milk at home, we will then decide if we will organise a protest.”

One dairy farmer who attended the meeting said she was of the opinion of not striking, but after listening to the speakers she fully supported the idea, however she did hold some reservations.

“The only thing I wonder about is if it all goes to the wire will all farmers support it, I think not sadly,” she said.

Other votes taken at the meeting showed the frustration felt by dairy farmers in the North, according to Taylor, who is also the coordinator of the Farmers For Action group.

When the dairy farmers were asked how many of them saw themselves milking in two years time if the situation continued there wasn’t one person that put a hand up.

“There was also a unanimous vote in favour of receiving a notice of milk prices two or three weeks in advance of payment,” he said.

However, the door is still open for other farm organisations to come on board and provide a united front to dairy processors, Taylor said.