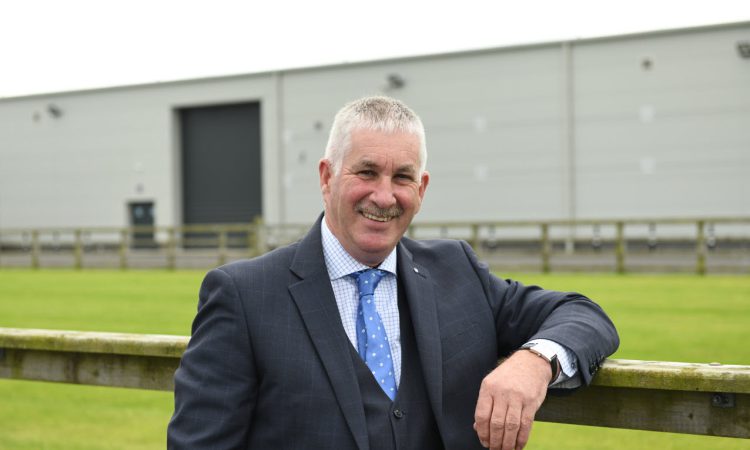 The Ulster Farmers’ Union (UFU) is fully supporting the work to be undertaken by the Farming and Food Review Group, headed up by former National Farmers’ Union president Sir Peter Kendall.

Union president Victor Chestnutt views this development as an opportunity for Northern Ireland to play catch-up with the rest of the UK and the Republic of Ireland.

He told Agriland: “UFU has long recognised the need for strategic investment by government in Northern Ireland’s food processing sectors.

“Because this has not happened, the food sectors in the rest of the UK and Ireland have been at a competitive advantage.

“When we approached Northern Ireland’s farm and economy ministers, Edwin Poots and Diane Dodds, we were told that the investment we wanted could not be undertaken until some form of review into these matters had been carried out,” he added.

“At that stage, it was agreed that Peter Kendall should be asked to head-up a review group, which would look at the entire functioning of the farming and food sectors in Northern Ireland.”

Chestnutt wants a report that will be strong on recommendations and have the full backing of the Stormont Executive.

He explained: “It is eight years since we had the ‘Going for Growth’ strategy report. A lot has happened in the intervening period. Brexit is now a reality, while farming and food is still learning to cope with the challenges posed by Covid-19.

“Essentially, we need Sir Peter Kendall’s team to come up with recommendations that can be quickly acted upon by Stormont.

“His report must not be allowed to gather dust.”

According to Chestnutt, Northern Ireland’s processing sector is not in a position to deal with all of the food coming from local farms.

In turn, this is leading to lost opportunities when it comes to adding value on behalf of farmers.

Chestntutt also believes that the final Kendall report will also come up with firm recommendations on how food produced in Northern Ireland can be marketed locally and on export markets.

“It will also look at the farm practices that are followed in Northern Ireland. Land tenure is a case in point,” he said.

“Many have pointed to the downside of conacre leasing, which is widely practiced here. The question is – what is the most feasible alternative moving forward?

“I see the work of the Kendall group as a once-in-a-decade opportunity to put our farming and food sectors back on track.

“And, to this end, the UFU will be working closely with the review team,” he concluded.