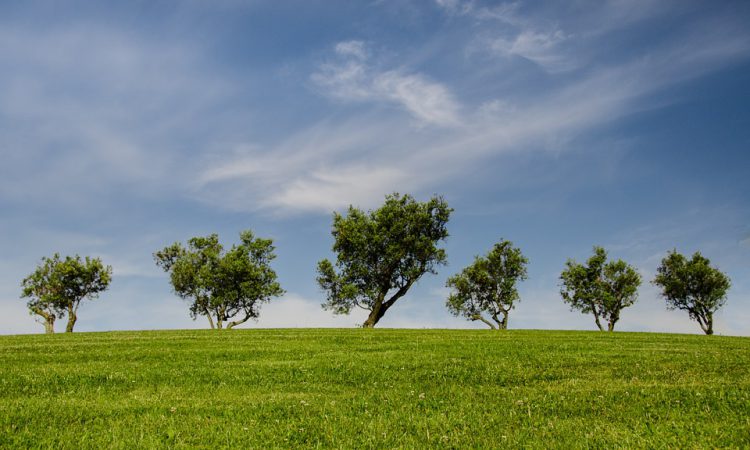 Ulster Farmers’ Union (UFU) president Victor Chestnutt has confirmed that he will attend the upcoming COP26 summit in Glasgow on behalf of the union.

In his opinion, the event itself, and its aftermath, will ensure that climate change and sustainability will be the focus of discussion within the media for the next number of weeks and beyond.

While in Glasgow, the UFU president will meet a wide range of industry and stakeholder leaders, representing every aspect of society.

Chestnutt told Agriland: “Farmers realise that they must be more sustainable moving forward. They will have to do their jobs that little bit better.

But we won’t need to just export our problem and import our food. Northern Ireland is in a good place to produce lots of affordable and healthy food.

“But we have got to this in a sustainable manner. And carbon is only part of the story. It’s also about biodiversity, water and air quality,” he added.

Farmers should take stock of the biodiversity levels within their farms. When I was growing up, Irish hares were plentiful on the farm. Then they disappeared. But now, thankfully, they are starting to make an appearance again.”

Chestnutt is critical of the Department of Agriculture, Environment and Rural Affairs (DAERA) and the way that the subject of wild bird cover has been handled.

He pointed out that under the old Countryside Management Scheme, growing a few acres of wild bird cover was a feasible option.

He said: “But this is not the case under the Environmental Farming Scheme, where monies are prioritised in the direction of activities that have a lasting impact on the farm, rather than those having a single year benefit.

Basically you can’t buy ground at up to £10,000/ac and subsequently sow wild bird cover in it without support.”

The union president is firmly of the view that Northern Ireland has a rural landscape to be proud of.

“But it’s not so good that it can’t be improved,” he added.

There’s a lot of talk about tree planting at the minute. But the obvious starting point in this regard is for farmers to ensure there is a hedge around every field.

“Our fields are still too small. I still think there is a case for many smaller fields to be amalgamated into something a bit bigger.

“If there is a hedge around every field, the opportunity to plant trees within these boundaries is obvious,” he continued.

Chestnutt added that farmers should start planting out shelter belts and those areas of the farm that are unproductive.

“Only when this has been achieved should the issue of planting trees on productive ground be considered,” he explained.

Chesnutt believes that farmers must get recognition for the trees that they plant and the hedges that they grow.

“At the minute within the national inventories, all the benefits associated with this activity go directly to society,” he said.

The carbon that is locked up by grass, trees and hedges must be allowed to offset the emissions produced by animals on farms. This is not the case at the moment.

“As a union, we will be pushing to have this issue revisited as a matter of priority. At the minute, the carbon sequestered on my farm goes to benefit society as a whole,” he added.

“This is wholly unfair. Farmers must received full and official recognition for the carbon that they are sequestering on the back of the management decisions they take within their businesses on a daily basis.”