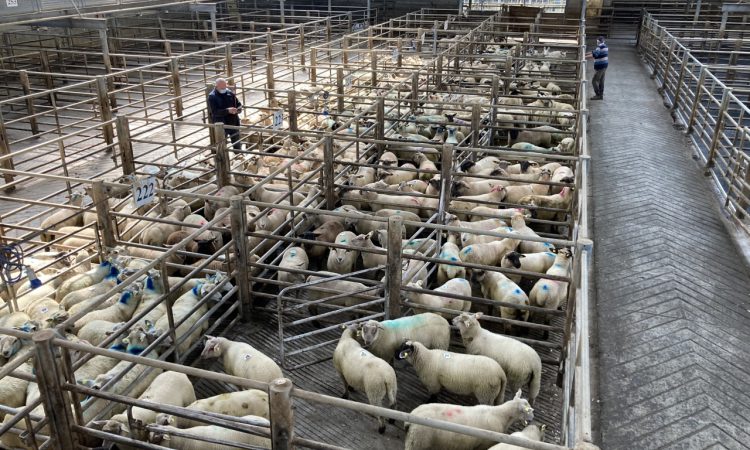 UK sheepmeat exports, once again, continue to follow the same trend that has been seen throughout 2021 – downward one.

For the month of September, UK exports of fresh and frozen sheepmeat totalled 6,500t, 16% lower than a year ago, the Agriculture and Horticulture Development Board (AHDB) are reporting.

Once again, trade friction between the UK and the EU is having an impact on volumes, and lower production is also a major factor in this continuing decrease in exports being seen.

Rebecca Wright of the AHDB said: “Based upon recorded production from the Department for Environment, Food and Rural Affairs (Defra) and Her Majesty’s Revenue and Customs (HMRC) export data approximately 29% of reported production was exported in September.

This is a marked rise compared to earlier in the year. Pre-pandemic and before the end of the Brexit transition period just over a third of production was exported.”

The AHDB said that the decline seen can almost totally be attributed to New Zealand, with Ireland also recording a small decline. On the other hand, there was a small rise seen from Australia.

Looking at the overall picture, Rebecca Wright said: “Looking at the total picture there appears to be significantly less sheepmeat on the UK market this year.

Between January and September this year, there was around 162,500t of sheepmeat available for consumption in the UK. If true, this would be a 7% decrease on year earlier volumes and 23% down on five years ago.

“There is some suggestion within the industry that the Defra-recorded production figures may be on the low side. However, even if we raised production by 5% and kept trade figures the same, available supplies in the UK would still be squeezed.

“We are seeing the lack of lambs available to come forwards play out in British lamb prices and can infer that there are more lambs than last year on the ground.

“What is less clear is just how many more.”